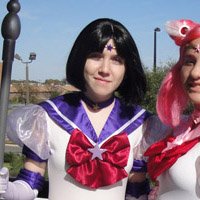 Turtleneck sweater: made of fleece. drew the pattern myself and sewen lines down it (like the lines she has in her pictures)

Sunflower button: made from sculpey. sculpey bad.. i put the clay on newspaper so i wouldnt make a mess but the ink on the newspaper came on the clay and wont come off. :U
and sculpey is kinda hard to use. i have a little spots of ink on the front of the flower, but i think its ok to use. but the back of the flower (that no one has to see thankfully) has newspaper ads on the entire thing.
i wonder why neofio wears a sunflower when she isnt a sunflower. . .

flower head: hat made of fleece with the flower sewen to it. the flower is made of fake flowers from micheals with the petals separated, they were ironed straight and the petals are all glued together. i have wire in between the flowers to stand them up and make them not visible. now, i'm having better ideas for this part of the costume. but i think it looks ok.

Arms: long darker green gloves and sew on vines. made of two vines from micheals cut up. the ends of the vines are painted a little lighter green, cause thats what i see in the game how they are.

leaf eyebrows: i cut leafs off one of the fake trees that are in my house. and they are glued to my eyebrows with eye lash glue/adhesive and i painted my eyebrows green. 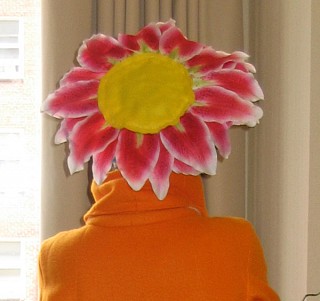 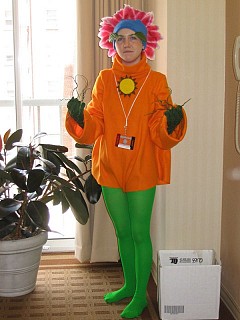 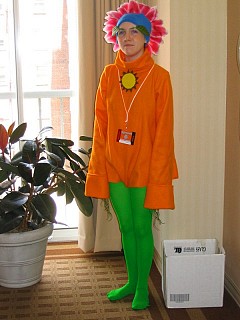 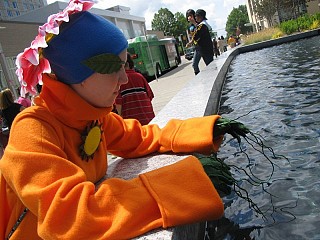