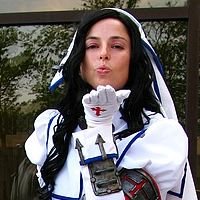 This costume now has two versions...my earlier and less accurate first version from GenCon 2006 (with my cousin as Barf....a costume which I made for him) and my newer, Halloween 2009 version (where I made a Barf costume for my friend Zac).

My old version has the headphone earmuffs...the new version has the better hairdryer! In both cases, I took a $40 wedding dress from GoodWill and altered it. However, I took my old Vespa gown and made it into Constance, the Ghost Bride from Disney's Haunted Mansion. Unwilling to break that down to do Vespa again, I picked up a second wedding dress. I had to tailor it a bit (was too big for me), add bridal trim to the spaghetti straps (more accurate), add an extra 3 yards of lacey fabric to the skirt (again, for accuracy) and then I also added a tulle "crumbcatcher" to the bodice (woot for accuracy!).

For my friend Zac's costume, I took a pair a coveralls and hand-dyed them brown. I made Barf's ears and tail from craft foam, 12-gauge aluminum floral arrangement wire, fake fur, and a ton of hot glue. The ears were sewn onto a generic "mullet" wig and the tail was sewn to the coveralls. This was very similiar to the first Barf costume I made (this one was for my cousin). The two big differences--my cousin had a fur "cap" instead of a wig, and my cousin's namebadge was hand-sewn. Zac's badge was craft foam and fabric paint...and looked much better. 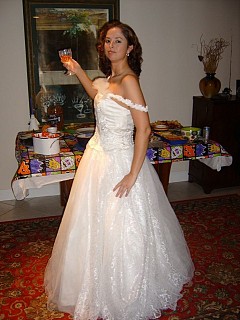 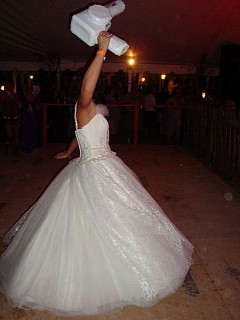 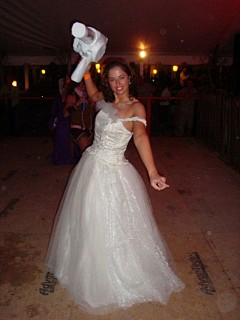 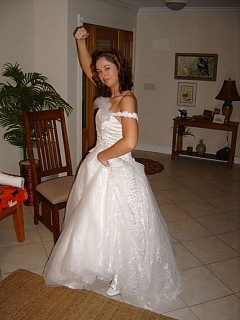 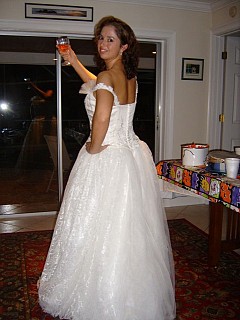 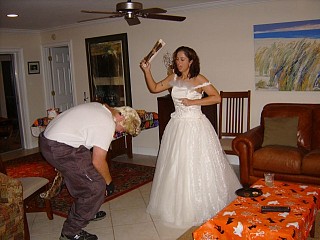 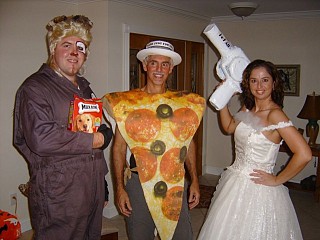 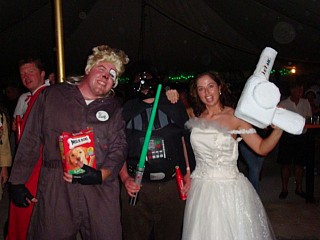 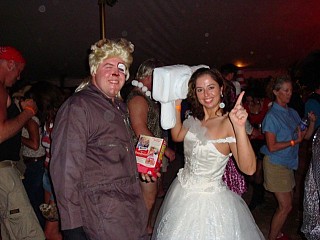 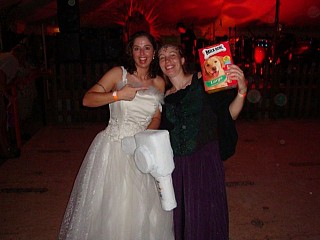 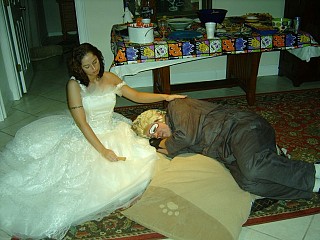 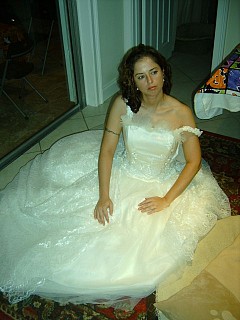 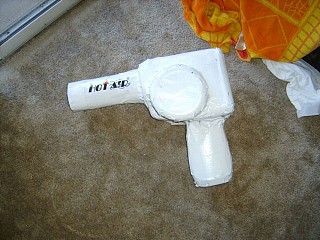 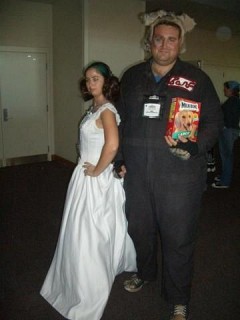 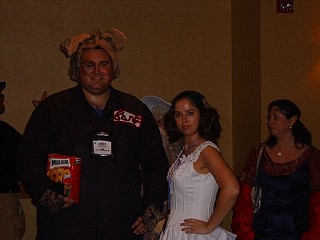 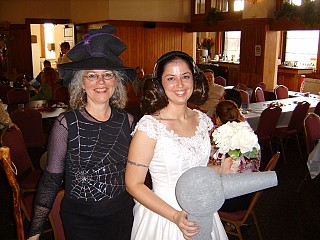 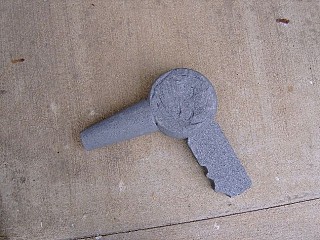 anime_wench You even have the jumbo hairdryer! I love it!!

KatieAriel you just win. in general.