I wanted something new, fun, and easy for MetroCon, since what I was planning to make fell thru due to me being lazy (as usual). The opportunity to cosplay as Xellos was far to appealing to pass up, he's my second favorite character in Slayers. When thinking of something I could make easily and on the cheap, I thought of the episode where the guys dress up as women in order to enter the city of Femille, which just happens to be one of my favorite gag eps in the series, and I just had to run with that idea. Plus the heels give me a four-inch height boost, huzzah! Really, I just had to hit up the Walmart across the street for everything I needed (wig aside), and then made it in about 2 or 3 hours from start to finish. I had way too much fun in this, despite the obscuria and not being recognized.

The dress was very simple to construct, the seams were finished with a serger, and then the dress was sewn together. The collar is interfaced, and I used three packs of lemondrop yellow bias tape for the accents. The one challenge was making a dress fitted for proportions I normally don't have, in other words, the chest area. I had to fake boobs just as much as I'm sure Xellos had to, I bought a bra way too many cup sizes larger than I normally wear, and basically stuffed it with six layers of batting on each side, haha. It did its job well, I must say. God, this costume is silly, and a lot of fun! I hope to get together a group of crack!Slayers costumes in the future. Maybe a Doll Tower Horse Lina one day, just for kicks. 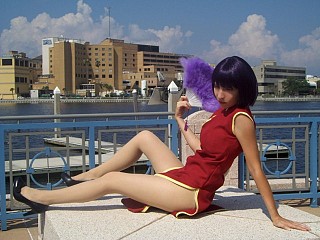 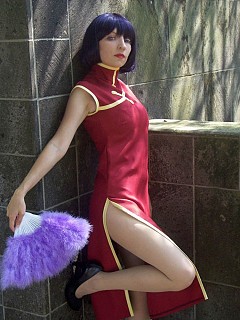 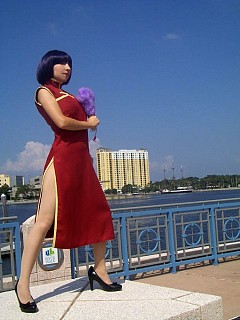 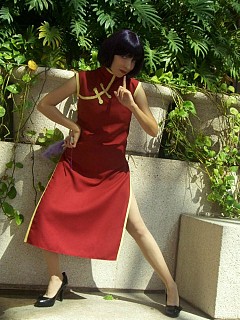 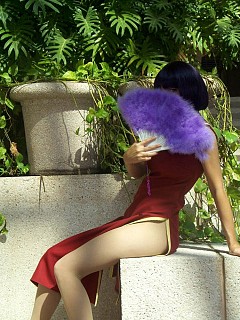 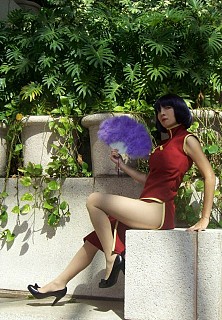 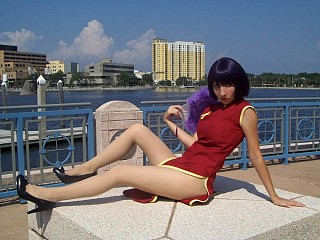 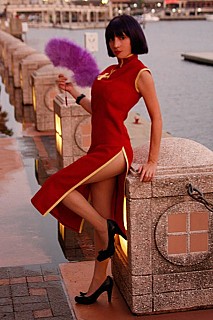 Devika Ahahaha, I LOVE it! Definitely one of my fav episodes too, glad to see someone actually cosplaying it!

InvaderMaz What a fun, epic cosplay ^u^ I love silly fun ones.

Bloody Baker When I saw the name 'Xelloss' I was thrilled to find someone who did a god Xelloss cosplay... -and then I realized what episode it was from. You sly woman. >:T