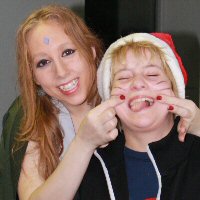 I made that cosplay between Anime North and Otakuthon, mainly on weekends only since I wasn't home (internship), therefore no sewing machine. Also, I wasn't going back home every weekend, so let's say it was quite a difficult one to make in time, heck I'm still wondering how I managed it myself XD

The entire outfit is handmade, even the pants. Only thing bought is the red tie, the white dress shirt underneath and the shoes (which I polished with some brown shoes polish, since it's some 2$ used shoes, lol).

The bloody rose is a toy gun I modified, and added a chain to it. It actually does move when firing, and having that cute red light when holding the trigger as well as a blue one when pushing a button XD

The tattoo was mainly painted on my skin before each convention/photoshoot with some alchool activated black makeup.

The wig was cut, straigthen and some extensions were sewed to it as well.

For the earrings, I'm not wearing any normally, therefore no holes, so I had to modify a pair of 'spring-ring' ones for the three earrings he has on one of his ear, while the other one, the one snaking up at the bottom of his other ear, is mainly two parts which I 'spirit-glue' to my ear everytime I need to wear that cosplay ^^; They are made out of oven-harden clay.

Also, every piece of material I used for the uniform was beforehand washed and treated so it didn't 'bleed' anymore and was able to endure been wash without loosing it's color later on. It may sounds stupid, but heck, it took a while until the red stop bleeding, a good 10 washes, and even then we had to use some 'mother recipe' to help it stop losing color O_o


And ya, I know, the top is too big for me, but heck, I'm not feeling like making it thinner right now, especially considering I'd need to modify the lining as well. 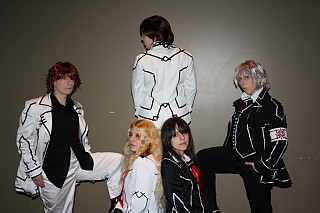 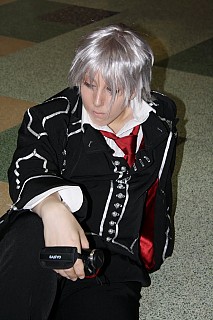 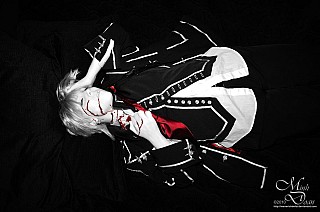 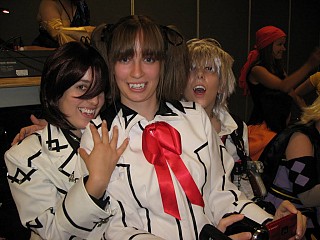 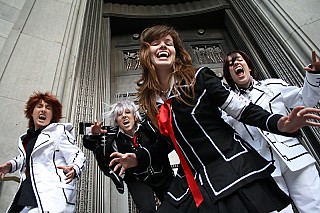 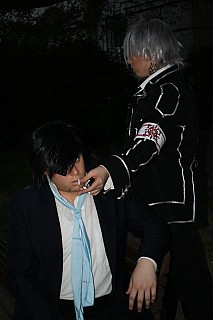 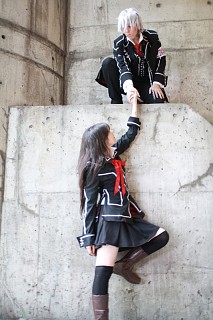 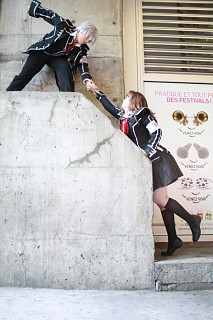 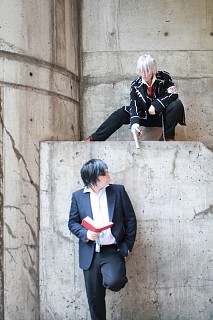 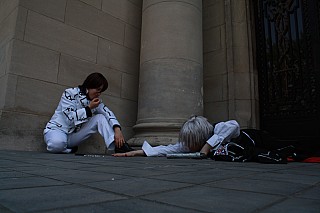 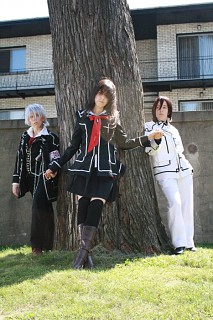 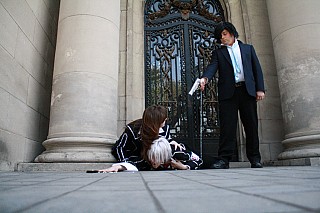 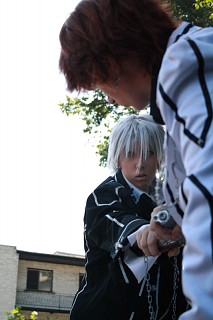 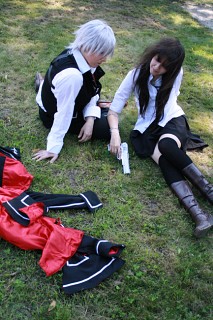 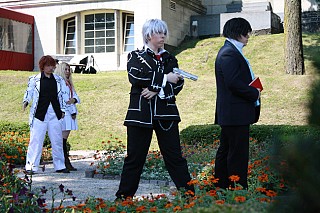 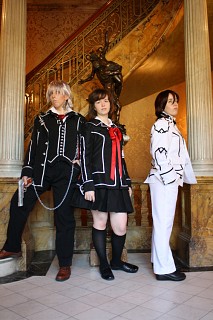 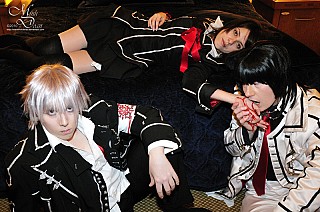 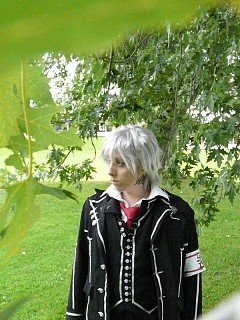 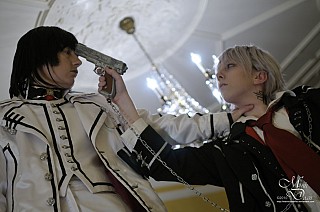 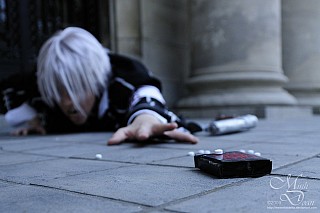