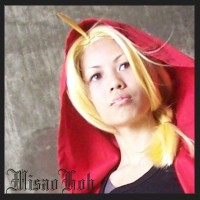 erm...right after Neji's Jounin version appeared in the manga, my friend asked me why don't i just cosplay that version, so i decided, i will go and do it, because i LIKE Neji very much. was very rush coz after we got the refference, not clear enough for all the detail T__T , then i refer to my tailor...let her roughly know the idea, after i get a better reff pic, she started her work right away.
i choosed white & black colour, coz "Hakke" (from Manga) according to Chinese it is black & white which means "Ying & Yang".
We got the pic about a month before the Malacca Event, and my tailor was in Penang, posting takes about 3 days...that is why i said-rush XD
about the sandals, i use back the previous modified boot, luckily i did my headband separately with the strip thingy =P, no worry about that.
and, sure completed with Byakugan XD 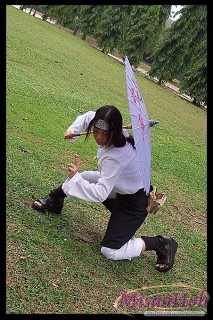 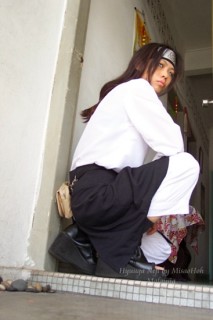