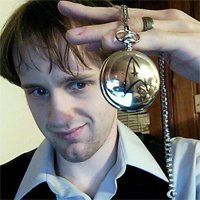 I was a fan of the character so I simply had to cosplay him (despite being nowhere near as tall).

I got a pair of khaki dress pants, a white dress shirt, and black boots for the basic part, these were easy enough to find. I made the glasses from a pair I bought at a halloween store and removed the lenses, as well as the plastic cross necklace.

The swords were trial and error. But ultimately I bought a pair of paint roller frames and had the roller parts cut off, leaving only the handle and bent metal that connected the roller to it. Afterwards they were gorilla-glued onto a pair of 5-gallon wooden paint mixer paddles with the ends cut to points to look like swords. Afterwards, I covered them with foil tape(which is NOT easy to work with when you need such long strips!)

The cassock was modified from a gray trenchcoat I found at goodwill. Golden buttons were added on the sleeves, the buttons on the middle were removed, and a purple trim was added along the sides; and a slit was added in the back.

With the Hellsing photoshoot and there being an ample number of Alucards to duel with, the costume was right at home at A-USA. 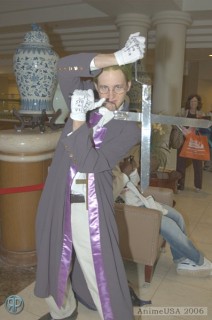 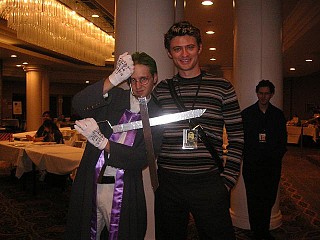 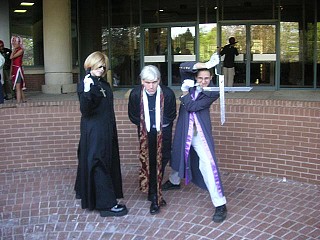 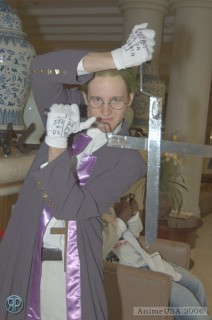 XxSailorMarsxX ur such a hottie