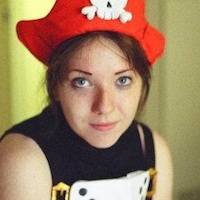 I've loved Lulu for years, but after Animazement 2008, I decided that she was who I wanted to be for Animazement 2009. I saw a Lilith cosplayer from Trinity Blood there, and her costume was so spectacular that I was inspired.

I was slow to start it, and I'm making slow process, but all is going well, and I should be done by sometime in April.

EDIT: One day in the future, I will remake this costume. I did not allow myself enough time. I also did not have very good materials, so everything ended up falling apart. I am taking apart the costume and using the pieces for other things. I will start over completely from scratch once I have the proper supplies. The costume was never even brought fully to Animazement. I wore a plain black skirt in place of the belt skirt, because the thing was so darn heavy. It also started to fall apart as I walked out of my house. &gt;.&gt;

This costume was make entirely by hand, from head to toe.

The corset was a Charlotte Russe corset, bought on sale for 12$. Easy enough. I used gray ribbon for the stripes, and three feather boas from Michael's for the fur.

The sleeves and the skirt were made of the same pair of ginormous cotton pants, which were purchased at a Salvation army. This was my biggest mistake. The material was cheap, weak, and ripped easily.

This caused all of my problems with my belts. I had two more belts going vertically for support, hidden behind the skirt. Even these were not enough. The skirt kept pulling and tugging no matter what I tried.

All of the lace designs are 100% accurate (I searched and played FFX for WEEKS to find out exactly what they looked like), and hand-drawn on simple cotton.

I bought thigh-high stockings at JCPenny. No big deal for that.

Necklaces were made of old necklaces of my grandmother's, which she gave to me when I was younger. I painted these with acrylic paint as well.

My earrings were a pair I bought at Body Shop for 5$ a few years back.

I'd have to say the chopsticks are the part I'm most proud of. I had SO much fun with the sculpey.

This costume never got a proper photoshoot. The photos you see below are ones of me and my friend Erin (Stein), taken by her mom.
Yeah, I know Lulu's not supposed to smile. But she wanted me to smile. 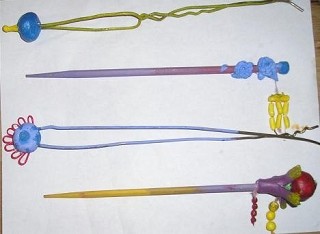 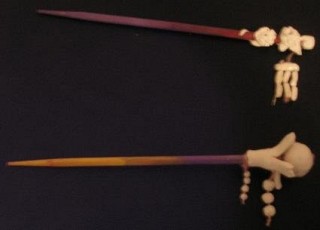 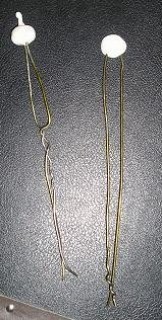 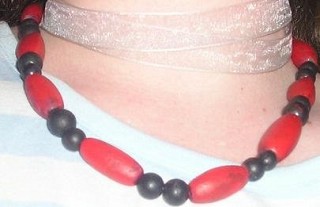 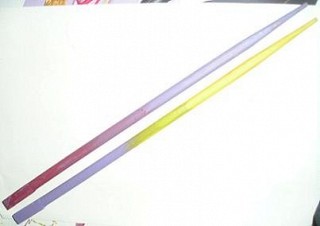 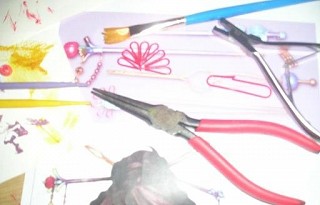 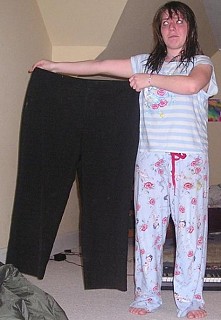 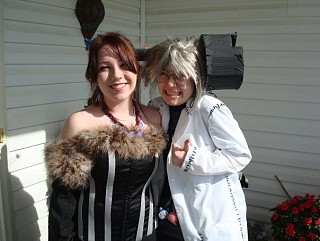 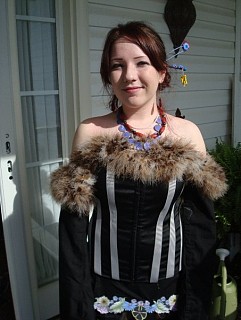 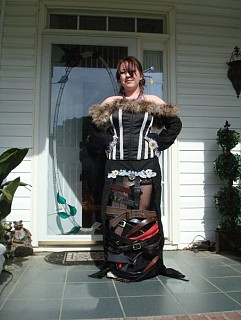 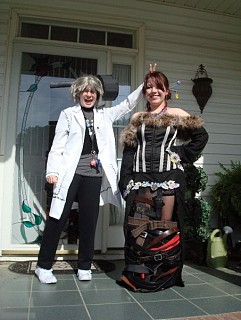 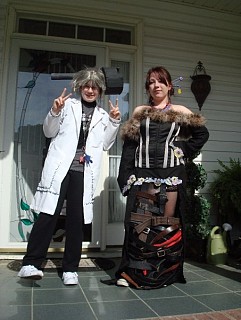 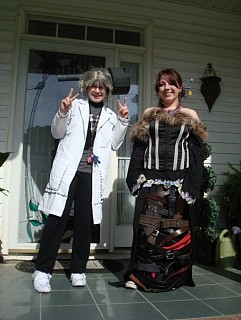 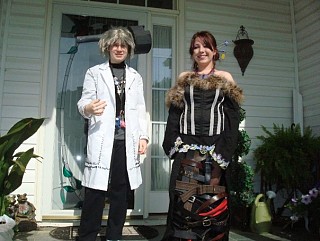 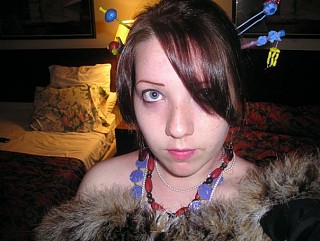 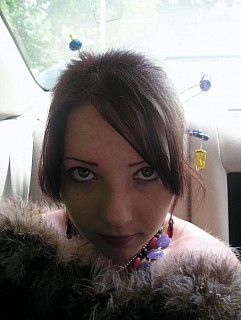 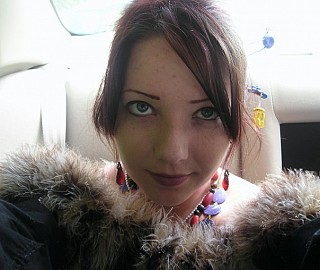 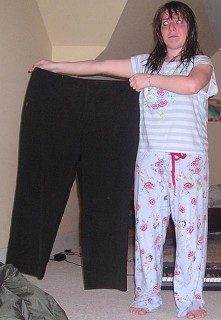 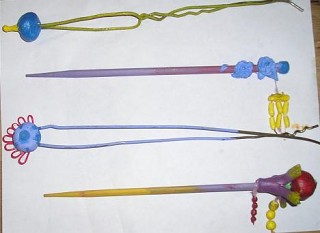