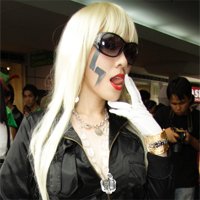 My good friend Naoko tagged me to cosplay Beatmania IIDX characters since March, during the 2nd PCC if I'm not mistaken. Months after, I chose DJ Ameto. But plans changed along the way since I believed her wig would be impossible for me due to the tight schedule these past few months so I decided to cosplay DJ Lilith instead.

The first thing I considered was, well, this character has a figure available and I do want to buy and collect figures of characters I cosplay. And so, Lilith was a sure go hehe. Her style is combined with a sweet yet sophisticated and mysterious look. Wearing leather would be a challenge for me, I know, but that shine and glam is definitely one aspect I loved with Lilith's overall look!

Lilith has other costume variations and I specifically chose her "Candy Bunny" version coz of the figure. That appears to be uber-sexy though haha and I know I can't pull it off, revealing that much so I considered giving it a cover-up. LOL!

I researched about the character and did tag along with Naoko at Timezone and even at Rockwell to play BM at the arcades! Wooot! I knew my fingers would hurt much playing them haha so I leave the expertise with Naoko. LOL.

It's good to find out that Beatmania IIDX is of the same make as Dance Dance Revolution and I do love DDR! Been playing it since highschool! DJ Lilith has a lot of resemblance with me and that makes her my fave too!

Lilith loves DDR and has one good friend too, if not bestfriend, in the series' story; and that is DJ Iroha. With that, they're just like me and Naoko then since Naoko's my closest cosplay friend. (^_^) She has an older brother named Shem. I don't have a biological older brother but I have friends like older brothers who look out for me as well, and may be over-protective like Shem is for Lilith. LOL.

The bunny ears were a challenge for me. It's a bit longer and heavier than expected. Good thing I got some black ribbons and I tied them under my hair instead to keep the balance.

My costume had mistakes too and I was sooo worried that I ain't getting 100% accuracy.

The skirt was longer too so I had to pull it up a little to achieve the real-Lilith look. In the end, it came bulging on the waistline.

The armbands went a little loose as well so they kept falling off. It's a good sign I got thinner from the time I first fitted it but I kept on pulling 'em back up.

The headset and the belt didn't say "Roots 26" as I initially wrote on the photo reference pic. Instead, my tailor placed other notes lah! I wasn't confident with the outcome.

The vinyl record ain't a friendly catch nowadays. Thank heavens my tailor still kept an old, rusty one and give that piece for me instead. It ain't as black as needed though. I had to hide it oftentimes.

Overall, exposing my chest is the biggest challenge. I wouldn't even dare so I kept my clothing half-closed. Gee! 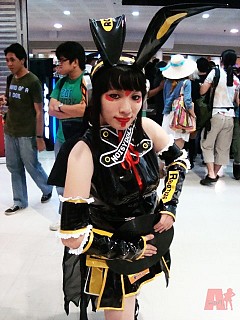 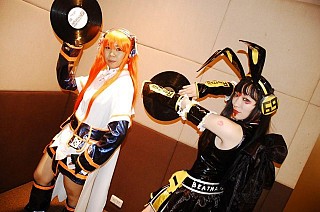 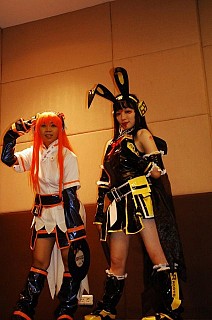 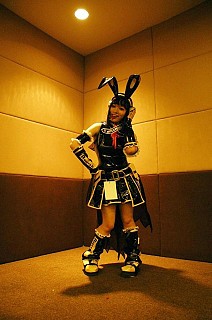 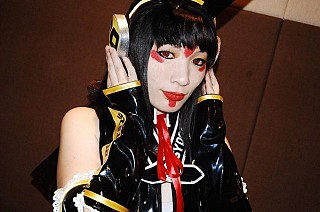 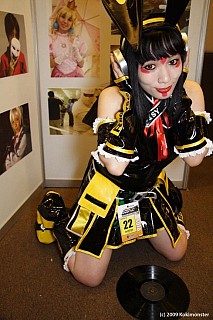 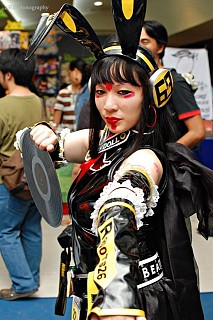 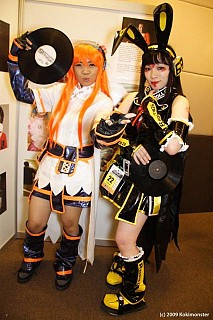 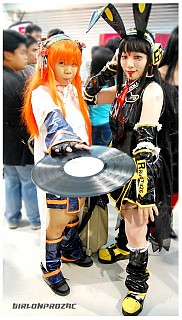 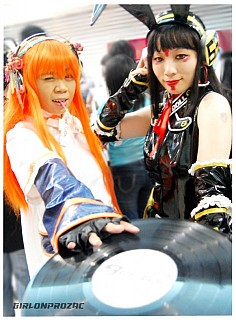 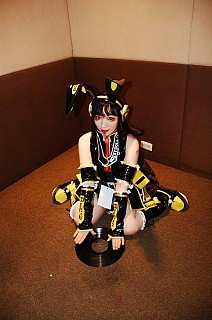 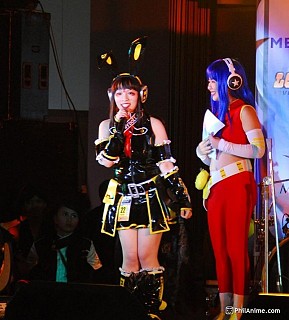 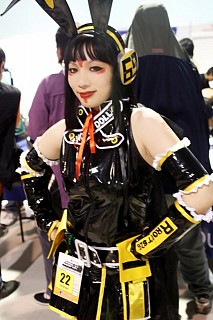