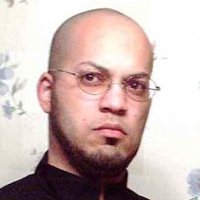 I wanted an extra costume for Dragon Con 2K8. After I was reading my friends Ultimates comic book I got the idea to try and do Nick Fury. I didn't think anyone would be doing him for Dragon Con that year and it gave me another chance to be in one more photo shot with others at the con.

I wanted to do the leather coat, aka office version, of Nick Fury, but I just couldn't afford the leather coat. Instead I put my thinking cap on and thought about how can I do this character and do him well, but on the cheap. The balance between cost, time and ability is the eternal struggle of cosplay.

A few items I have for Col. Fury here are reused items from other costumes I use or I am not using. The black shirt is a Nike compression shirt with a little Sharpie on the white logo. The Gloves are old workout gloves I got from my mother which were used for my Cobra Ninja when I wear it with long sleeves. I just used some craft foam and hot glue for the tabs that velcro together to cover the logos. Never dispute the power of craft foam and hot glue combo *grrr*. Boots and belt where from my Cobra Trooper Uniform.

Items that where purchased new where the drop leg holster with the airsoft pistol. This item I got for such a sweet price because of a few connects and a few favors. The eye patch which was purchase from www.maxxempire.com and I just can't say enough good things about this guy and his work. Worth every penny I paid for it. The pants I got lucky on because the wife was out shopping and found the right style and color dockers to rock Fury perfectly for about $8 or so. Steal of deal!

Modified items I had to make was the pistol harness. This took some research to get the nylon straps I need from the net. Sorry I can't remember where I bought them, but if someone needs to know I can find out. I look at the the new Nick Fury and the old and when with a bit of a hybrid style using the black nylon and old and crappy drop leg hostler and a sewing awl with nylon thread. If I could do this over again I would have used a black wax type thread for my sewing awl since it keeps it from fraying all over the place. So in short it is a hand sewn one of a kind harness. The pistol is a type of air soft gun I got a year or so ago and is full metal.

Future plans would be to make a long coat version of Col. Fury as well as a 'At the Office' version. At a con I can run around with all the air soft pistols I like. In my local town hanging at the move theater or in the streets trying to get into a club however not so much. 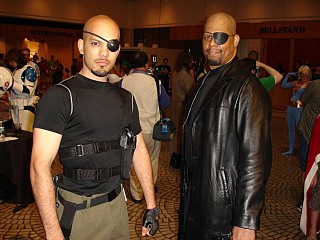 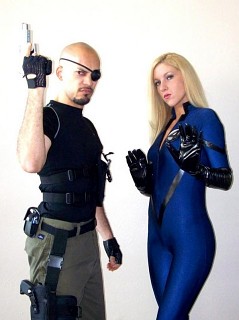 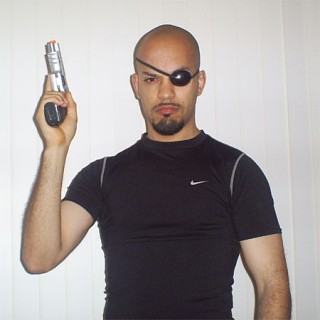 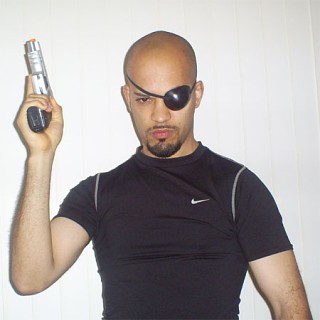 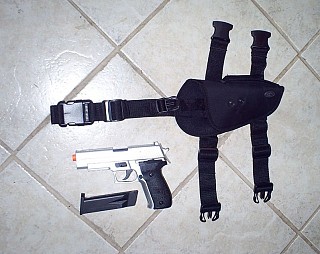 slarson802 You're costumes are awesome, any recent ones? You should come be the nick fury to my black widow. muhaha

Wesker30 Thats good, im a collector of punsisher merchendice comics ect and i know nick well, if you do conl fury that will be a feat with his sheil outfit, if you can do that ill truly prais you for that, thats some job.