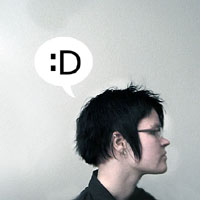 Once upon an-evening-shift I was bored out of my skull and kept thinking about the upcoming Desucon and the fact that I really didn't feel like making an incredibly complex costume for the event. Then, like a lightning, the idea struck me.

I've studied special fx -make-up techniques for about a year back in 2006-2007 and have since forgotten most of the stuff I learned. Now, however, I dug up all my notes and how-tos and decided to make my very first "all make-up" -cosplay.

The suit came straight out of my closet and the bald-cap, fantabulous eyebrows and the spectacular nose are all my doing. I failed at the application-process somewhat as I was in a hurry so neither the bald-cap nor the nose blended smoothly into my skin. That, and the nose shrunk during the day (hello, gelatin, I now know/remember why you're mostly used for brief photoshoots and such) so in the end I had to take it off and re-install it about a gazillion times.
So yes, some photoshop has been applied to the photos shown here because we really don't want too see how the left side of Igor's nose looks like an explosion-victim.

All in all, this is definitely one of my favourite costumes ever since it was so well received and I got to scare people just by smiling my happy little Igor-smile. 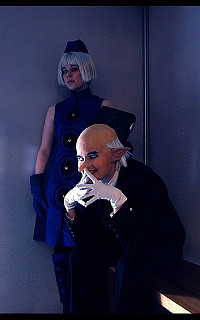 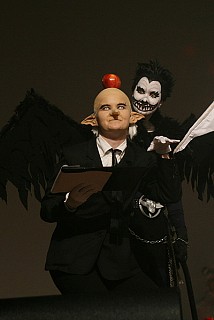 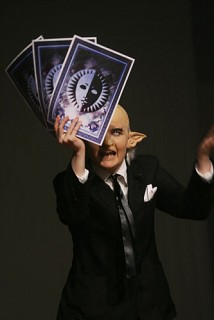 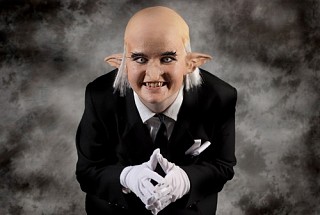 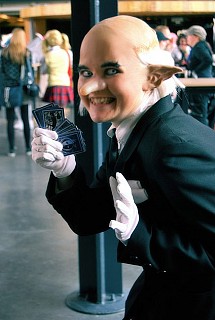 Pichpi that's so great!!! lol! I bet you are the best Igor in the world!

krizzygirl206 Eeeeeee!! ((squeals)) You're gonna give me nightmares, but this is AMAZIN'!

TeamAquaSuicune Oh dear god on a stick, I APPROVE OF THIS SO MUCH. <3 You have -no- idea how much I am loving you for this right now.

Erein Oh god, this is so awesome. You did an amazing job~