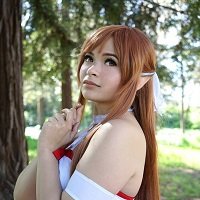 My highschool actually had the same school colors as Kairi's uniform, so I often wore it during spirit week bahaha fun times.

The shirt was my great-grandpa's, so it's actually well over 40 years old! it was the only white dress-shirt I had to alter though.
The stripes on both the skirt and tie were hand painted on. There's some mess-ups, but they don't really show up in pictures unless you look reaaaally close.

The tie gave me a bit of trouble. I didn't want to get or use a pattern for one so I just kept playing around with fabric until I got it. I still don't think it's how tie's are -supposed- to be made, but hey, it works :p

And the bag. xD Oh jeebus. It's so ghettooooo. I got a bag I was going to make a cover for as one would make boot covers for a shoe, but I started running really low on time. So I colored it with markers lololololol xD I'd like to make a real bag for it one of these days. 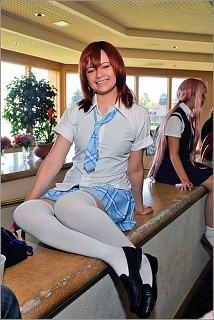 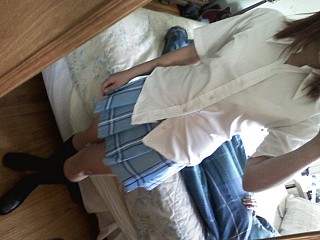 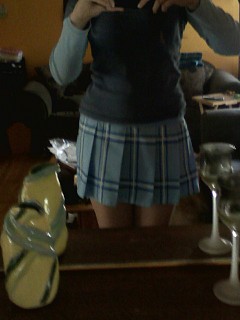 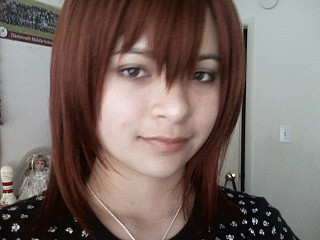 kairi-love-sora did you make your kairi outfit ? i been looking for places to buy her school girl outfit but can't find a good one plz let me know if you have a good site to buy it from ! thank you