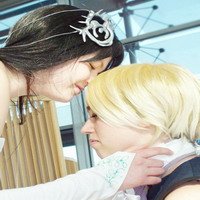 This dress wears Death after her brother dream died. She is very sad and angry - a side of her chara you haven´t seen before in this way.

"-I'm not blessed, or merciful. I'm just me. I've got a job to do, and I do it. Listen: even as we're talking, I'm there for old and young, innocent and guilty, those who die together and those who die alone. I'm in cars and boats and planes; in hospitals and forests and abbatoirs. For some folks death is a release, and for others death is an abomination, a terrible thing. But in the end, I'm there for all of them."
/Death, talking about herself, in Dream Country.

It wasn´t very difficult, but I like Death so much!
(never worn on a convention since yet, not sure if anybody would notice it...) 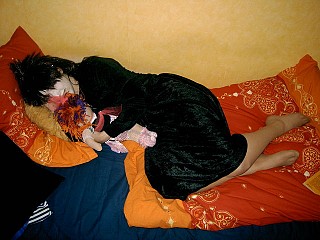