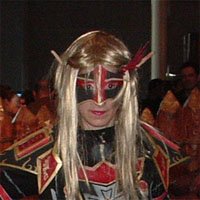 Holy crap, this costume.. I had my hair cut, and i got it dyed red, and i watched the movie and i was like "orriaaaaaa" gotta do this guy !
Because i was in Mexico City (and then Kentucky) and because i'm european, with the right clothign i could so be mistaken for a guy, so i was "ok, i'll do Reno, and let's see who buys it". In the TNT convention in Mexico city, i was harassed by fangirls. One of them did propose to me xD
I think i broke many hearts (the girl who proposed to me kind of ran away when i told her i was a girl, but then we became friends)

I wanted to participate in the male costume contest but the organisators knew me so they didn't let me. So i entered the female contest and there, the guys who guard the "cosplay file line before going on stage" wouldn't let me in because "female contest" wtf.

Since i've grew boobs and hair (and more female voice) since then, i do not wear this cosplay again :( 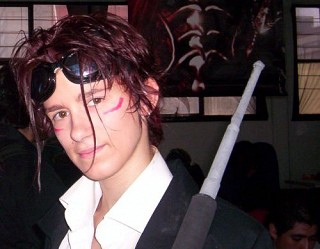 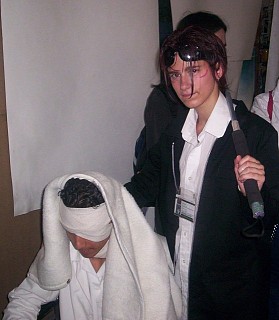 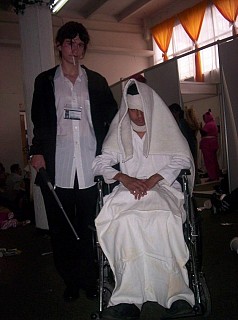