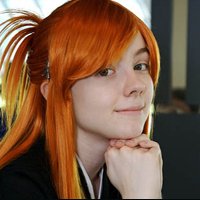 The kanzashi were extremely time consuming--folding 90+ tiny squares of silk into flower petals took forever. D: I also had to hand-cut the ROOTS 26 out of dark iron on transfer paper and individually apply each letter after I'd sewn the rest of the belt and piping in place. (very stressful!) I also handmade all the miles of orange bias tape and yellow piping.

All in all, it was my first time using piping, iron on transfers, doing a zipper installation in a pleated skirt, using hammer snaps, and breaking my sewing machine on 8 layers of denim (at the seam allowances). I've since upgraded to a better sewing machine that can go through 12 layers of denim no problem, so I don't forsee fabric thickness being a huge issue again like it was when I was first trying to make this. (I couldn't wedge it under the presser foot at first, although hammering the seam allowances with a hammer managed to squeak me through just barely....until my machine went kaput from trying to cope with it all)

the shirt is made of interlock knit (I made it a v-neck at the front as according to the majority of the art of her undershirt), the legwarmers and skirt are a navy rodeo poplin I had in my stash that matched my interlock really closely, jacket is two layers of denim but I maaaaay be upgrading to a pleather version now that I've located some white pleather online.

shoes are sneakers from walmart that I attached bias tape to and painted to match her shoes more closely. I think the legwarmers mostly cover them, though...

For the headphones, at first I bought a pair of skullcandy headphones, but the headband was too bulky and it ended up looking sort of strange. I later purchased, dremeled, and painted a pair of ear noise protectors with a thinner headband that had a much better shape. I covered the headband in blue interlock knit to match the shirt, and then reattached the kanzashi.

My craftsmanship has really improved since the time I made this, so I'd like to make an upgraded version someday with better fabric and techniques... 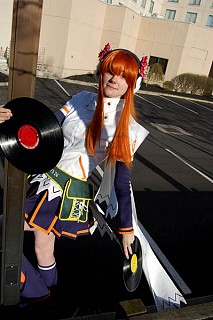 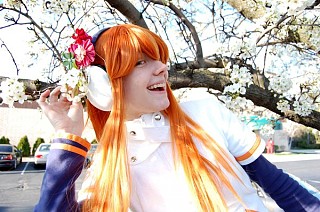 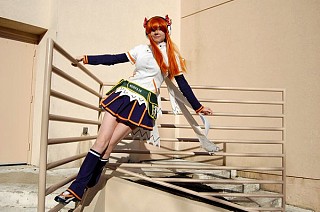 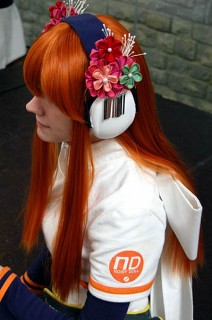 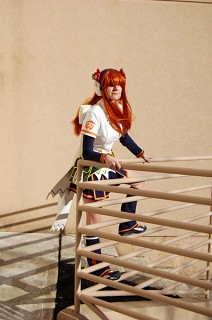 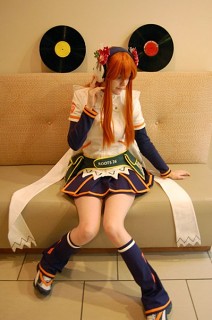 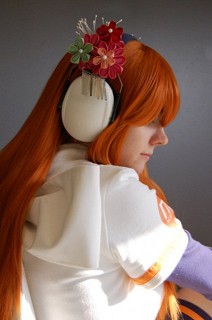 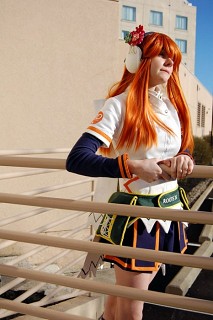 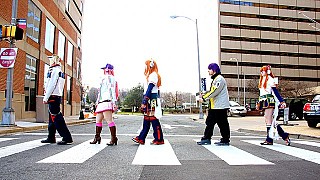 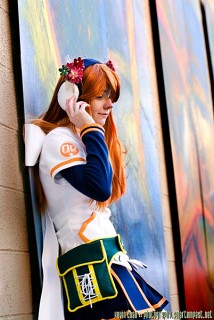 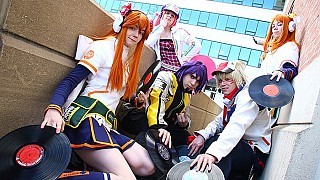 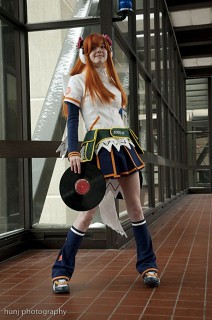 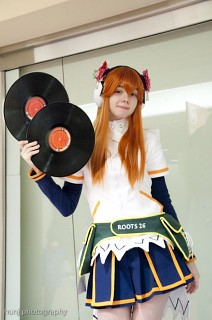 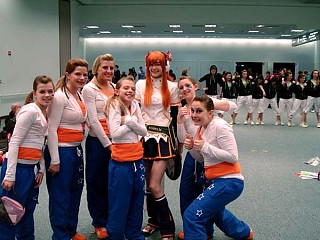 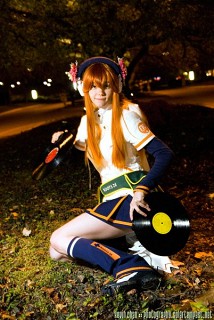 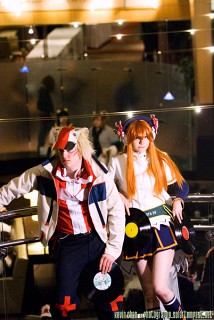 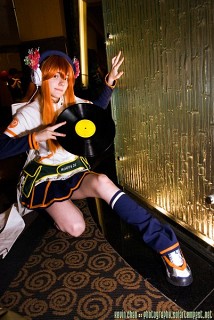 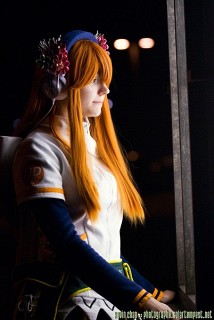 Senbonzakura 9th style!!! I love the detail on this cosplay, gj :)