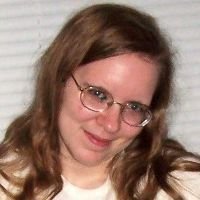 Wings are a heavily altered pair of child-size angel wings. They were cut apart from their regular formation and re-glued at the wide parts, so that, when held against my back, they had similar angles to real haibane wings. They were dyed gray by using a toothbrush and watered-down stamping ink. The longs loops that were on the wings at purchase were left on, and were threaded through holes in the blouse so I could put my arms through them (and safety-pin them to my bra straps) to help support their weight.

The halo was carved from a styrofoam disk and colored with gold and glow-in-the-dark yellow puffy paint. Then I worked out a system and angles for the skewers to exit the barrette and enter the halo - Hikari's ponytail makes her the easiest haibane to do a "floating" halo with. It really does hover above my head.

The skirt and blouse came from a secondhand store, and I bought a bit of material to make the wingslit flap with. I sweed two buttons to the flap, used Velcro to shut the flap and to secure the wings to the shirt, and cut two small holes beneath the flap to thread the wing-straps through.

The glasses are my own. The shopping bag was made from a plain brown shopping bag, free-hand copying the series logo in pencil, then coloring the lines with brown marker - I like to be able to carry my camera, program books, and purchases in a way that doesn't break character. 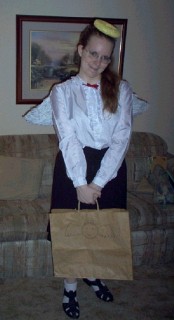 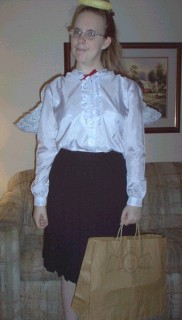 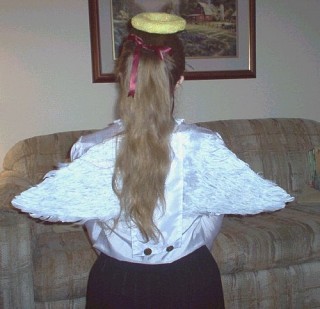 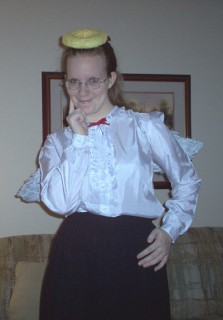 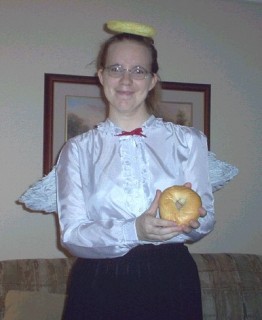 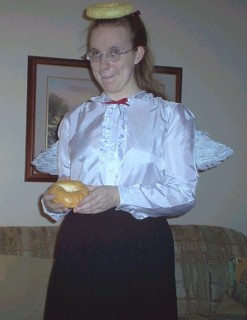 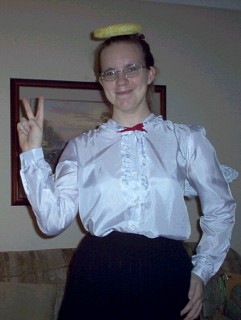 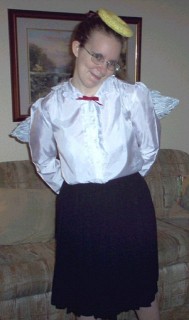 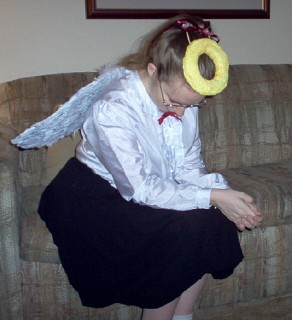 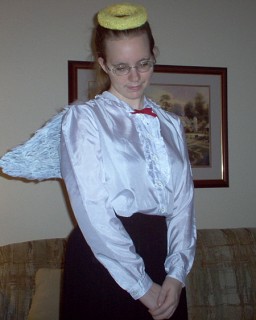 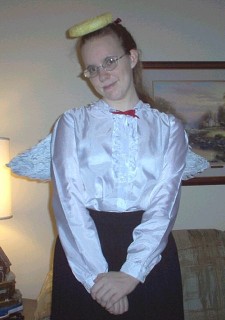 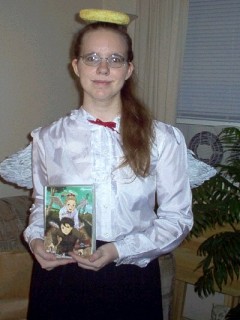 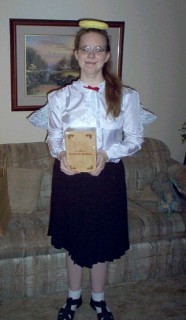