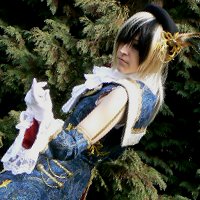 My friend odango-mango suggested I cosplay as a Naruto character when I went up to Anime Evolution. I picked up the first manga to see what character I might enjoy cosplaying as and Iruka sensei caught my interest right away. So I decided to make his costume not realizing the challenge that lay out before me XD

I used a pattern for the vest which I ended up altering so much it's not even the same thing anymore XD. Some aspects of the vest didn't come out how I wanted them to but overall it looks nice. The pockets where all individually made with my own patterns then sewn on and yes they are all fully functional. Right now they have stuffing shoved up in them which I consider to be my ninja "poof" smoke. The top piece can obviously detach and the jacket is lined, poofy and extremely warm.

Other items I made where the headband, sandles and the pouch though the pouch was added much later.

Now imagine running around in 80 degree weather in all that stuff...I'm surprised I survived XD. It was alot of fun though! Now all I need is a kunai knife and holster and I'll be set! 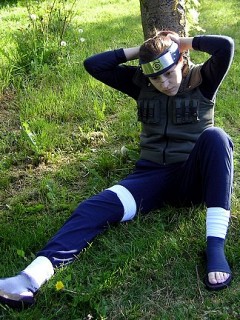 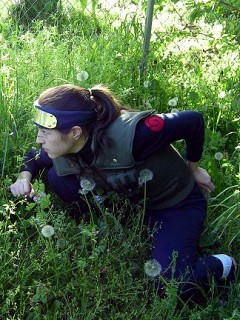 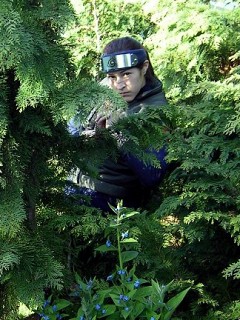 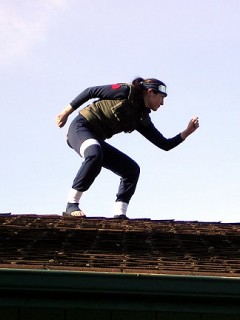 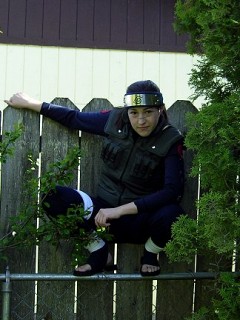 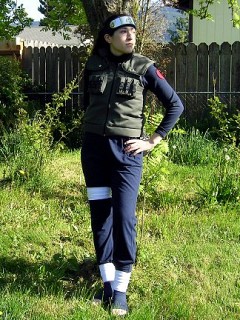 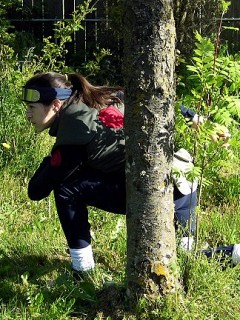