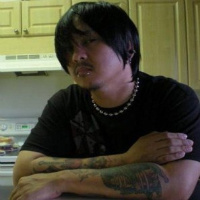 **Thanks to all the previous Nemesis cosplayers out there that made me get some references!! You all were awesome!**

The head was already made & ordered online from eBay, but I wanted the Nemesis cosplay to be intimidating.... So I decided to make it 7-8 ft. TALL! So I made a frame that would rest on my shoulders and make the head of nemesis rest a couple of ft. above me. Thus, making me see out of his chest instead of his eye holes.

The frame was made out of:
- plastic mesh
- PVC pipes
- cardboard
- thin wooden planks

The Revealing shoulder is made out of:
- Bald caps
- Zombie skins (costume section in Party City)
- plastic mesh

The outfit is all made out of pleather (lots & lots of it) & black colored Belts.

The pants and boots were just bought from Goodwill.

The Gatling gun was made with: 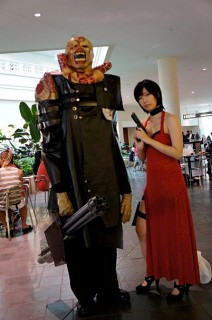 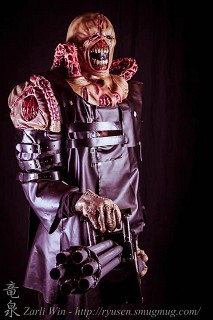 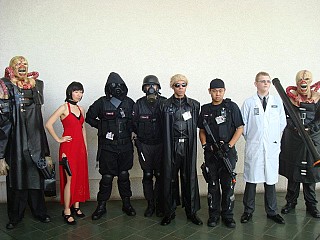 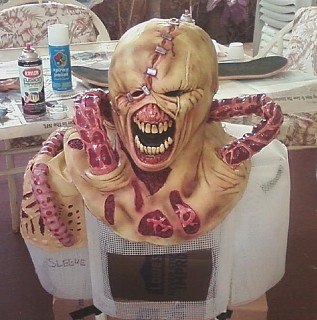 gadwaboy very nice and well done! inbox me the price!