Actually, this costume was inspired by great Amanos artwork. (I hadn't played the original ff VI back then) Later, at that same year I also started to play Dissidia final fantasy, and saw Terra in FMV graphics. My first though was: "She looks really pretty" I was also glad, that they kept her blonde hair, Amano created her. I always thought, that it suited her better x)

It has been about 2 years now, and I finally managed to start this project. The costume itself isn´t the most difficult ones, but holy cow for all those details. (like for all Amanos outfits) Terra wears few different kinds of clothes around her waist, but luckily I noticed, that I already had one exactly the same looking one from my Princess Hilda cosplay. Well, it did help.. a little xD

I started with her shoes. It wasn´t difficult to find a pair of right model, since second hand stores were full of them. Probably because sharp edged shoes are so out of fashion right now :/ They were originally brown fake leather shoes, so I decided to paint them with Gesso first. After that I cut two slices of black fake leather (some leftovers from my Lavi cosplay) and glued them on my shoes. When I was done with that, I painted whole things with red paint, and when it was dry, I painted golden parts few times. Surprisingly, her stockings were that part, which took the most of my time. Well, it´s only myself to blame for, since I took that difficult road again, and decided to make those ornaments by sewing some pearls by hand. x,D But thank God, I was smart enough to start it pretty early, so I didn´t need to rush.. Silly me.

Her dress was pretty easy task, but the details took the most of time, I used, while making it. I chose simple, a little streching cotton/polyester fabric, and painted those flower thingies by hand. I also sewed some pearls on there too. As well as on my sleeves :3 My cape was the last one, I finished. Because of my stupidness, it had to be remaked, since I failed coloring it &gt;< (Don´t ask why)
I definetly need to practise more of that. Maybe next time.. So I just painted few flower ornaments here and there, and also sewed some details too. But cosplay IS 80% creative puzzle solving. At least I think it looks nice xD

My wig is from my Hilda cosplay, There was only few little things, I had to change. I´m glad, since I hate cutting wigs xD 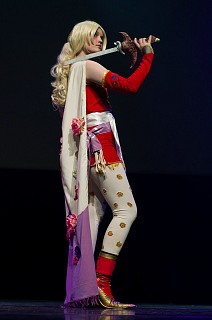 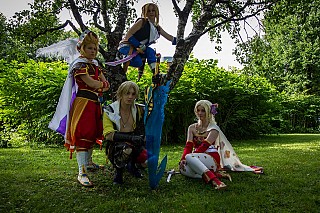 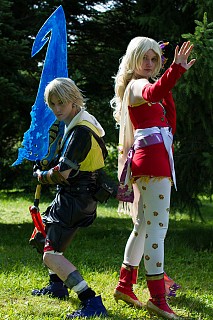 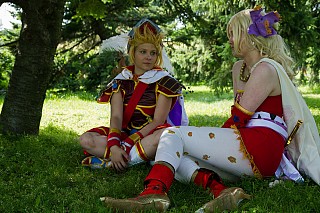 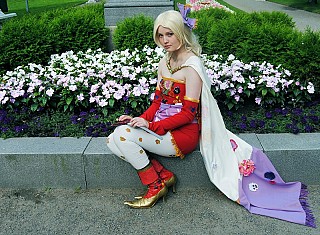 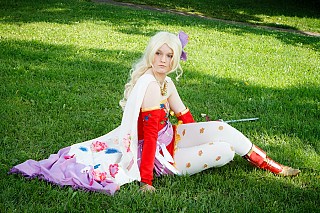 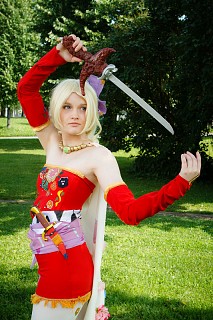 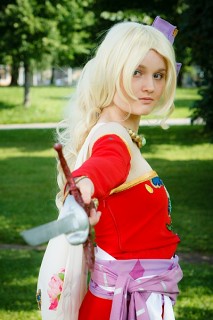 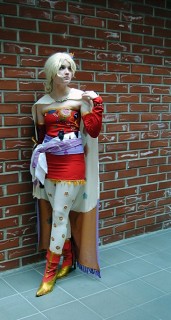 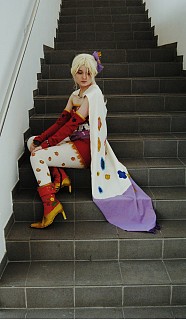 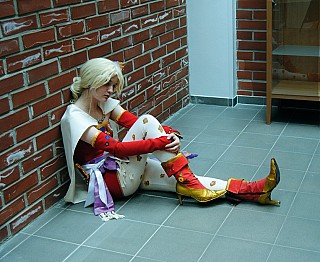 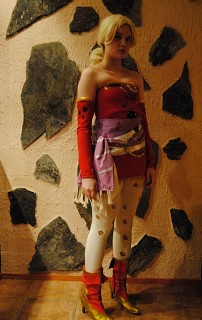 neo_shadow_bat You make a cute Terra! And I totally agree that cosplaying is problem solving with critical thinking!