Ever since I first saw Baccano! a few years ago, I fell in love with series. I always had a "thing" for 30/40's America (just look at a few of my other costumes Chrno and Baby Jane xD) and loved maffia-themes! So it sounded like the perfect anime for me and IT WAS! Baccano! is still my #1 anime after all these years and I don't see that changing soon!

When I watched the series for the first time, I really loved the characters Miria and Isaac, but the costumes from Czeslaw and Jacuzzi sparked my interest more.

Let's fast forward to now. I have been together with my boyfriend for 2 years and he had watched almost no anime at all when I met him (only the standard stuff that was on tv). So when we got together, I showed him A LOT (he also liked Baccano! very much). :3 I tried to take him to conventions with me. He also liked that, but still thought of it as "a little weird".

After almost 2 years of seeing al sorts of anime and having gone to around 4 conventions (and me trying to convince him to cosplay with me), he said to me that he thought cosplaying he was ready for cosplaying, but he didn't want anything "extreme" (like wearing a wig or huges robes etc.) AND he wanted to choose the costumes and characters! xD

His choice was Miria and Isaac in their costumes when they are on the train. I was a bit shocked, because those characters are very "outgoing" and I had to be a blonde woman with a very feminine dress (I cosplay as young boys most of the time).

I had 2 other shoots recently with these costumes, so look forward to more pictures! \^o^/ 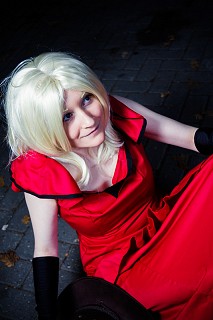 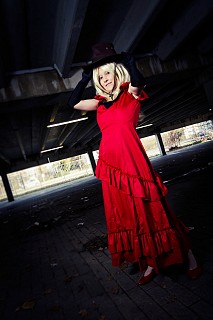 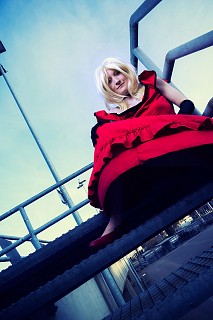 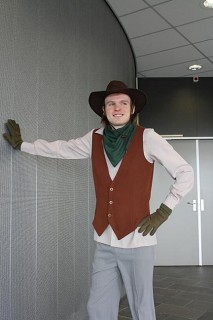 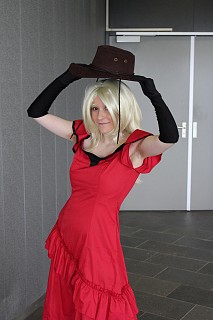 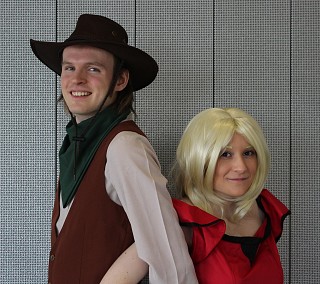 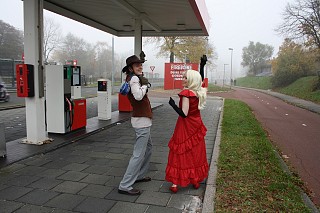 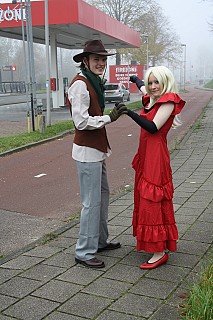 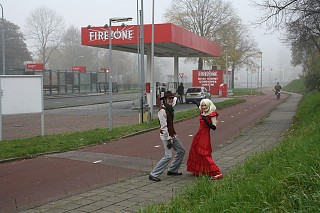 Maakie @ Gemelli Ah, thank you thank you! ^^ We were indeed at Tsunacon and as far as we know there aren't any other Baccano!-cosplayers in the Netherlands, so I'm 100% sure you saw us! :) We had 2 photoshoots at Tsunacon by the way (with 2 different photographers), so if you like our cosplays, you can follow us on this website to keep updated with new Baccano!-pictures! ^^ Great to hear from another Baccano!-fan, the series needs more love!

Gemelli Oh! I think I saw you walking past with your boyfriend at Tsunacon. You guys deserve kudos for cosplaying from this amazing series! :D Both of you look great. ^^