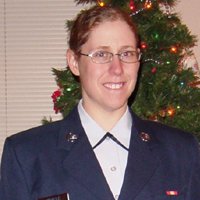 What brought me to make this cosplay was the fact that I had gotten a free ticket to NDK's New Year Eve Ball. It was a formal event and since I came from a military background and I always cosplay as Hughes at NDK, I knew I wanted to do the formal version of the Amestris uniform.

It's the same uniform that King Bradly wears, only with minor alterations since Hughes isn't the Fuhrer. The hardest part was getting the front lined up. But otherwise it was the same style as the regular uniform, just longer.

The medals are a speech medal from high school, a prisoner of war medal, and good service. I had ordered medals that matched the ribbon rack I had made, but they came late AND they were too small. That irritated me to no end, but now I have a use for them so I'm not too upset.

The hat itself is an old Russian military cap that I covered with blue fabric. The cap from the series doesn't have the white stripe, but I thought it looked so plain so I had to add the stripe to make it look better. The insignia is a patch I bought at Otakon 2004 and is official Fullmetal Alchemist Merch. I loved it and held onto it for years before I finally found a use for it.

Gloves are bought, boots are issued with taps on them. All and all, I absolutely love this cosplay and will certainly wear it during any formal event. 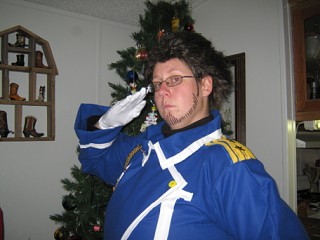 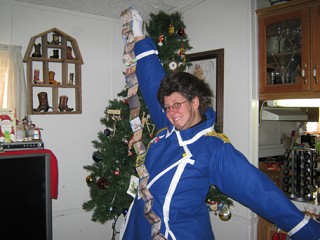 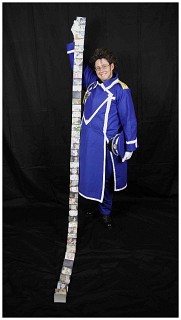 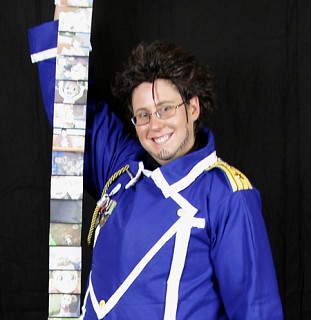 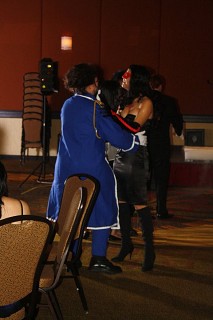 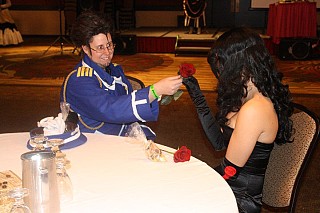