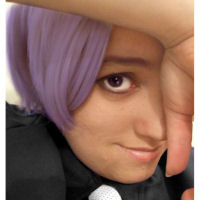 This costume is totally my baby. Stress, blood, tears and more stress went into bringing it into existence,with the help of a professional costume making friend of mine who patiently talked me through every step.


My costumes usually involve editing existing clothing, so this means a lot to me in that it's the first costume I've ever made from scratch. I've learned so much in the process, and no longer run away from sewing machines and overlockers! ;D

Leotard - A bitch but a rewarding bitch. Piping it was the hardest thing ever and my friend helped me out a lot here to get it finished on time.

Skirt - Oh my life it was so much fun! So floofy and bouncy to wear and my hips were extremely warm and cosy!

Shoes- The hardest thing about these was finding a pair online that would be the right shape. Painting them up was a simple job really.

Nose - GAH! now that was a royal PITA. I first bought a prosthetic from a makeup store but it turned out in practice to be WAY too long and wide. So I ended up trying my hand at making the prosthetic from scratch. I moulded the nose shape from clay and painted many layers of (omgstinky!) liquid latex over it til it was thick enough to peel off. Actually painting it was a bit of an issue and I still haven't found something that works permanantly. I tried acrylic paint but that just peeled off. I tried Warhammer paint, but the same thing happened. So in the end I used a temporary base of powdered greasepaint.

All in all, I'm happy with how she came together.


Cirque du Soleil has always been a massive inspiration of mine - I just love the level of imagination and creativity that goes into their shows/costumes etc, not forgetting the insane talent of the performers themselves.

La Nouba is one of my favourite shows - it's so colourful and fun, and I think taps into that inner fairy-tale-loving child in all of us. I just love the Green Bird - both her personality and her design.

She's a damaged chicken marionette who loves observing those more talented and elegant than herself. She's innocent, naive and yet is sharply atuned to all that goes on around her. I couldn't resist walking in her shoes a little at London Expo which was fantastic fun,playing around, ruffling feathers and giving little gifts of feathers to fellow cosplayers who impressed me.

Thanks for looking and I hope you like her too! If you don't know Cirque du Soleil, I thoroughly encourage you to Google and Youtube now. ;) 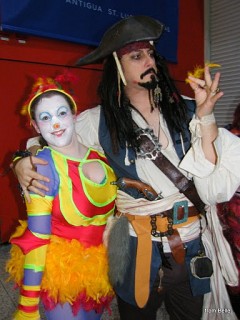 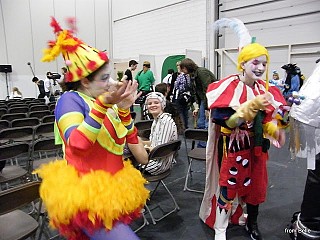 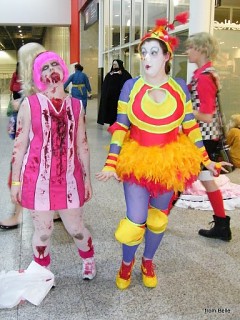 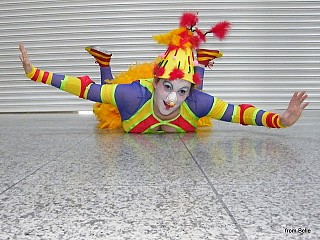 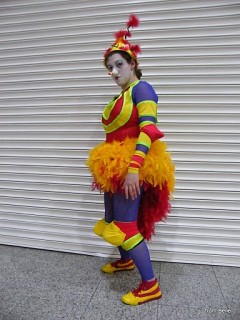 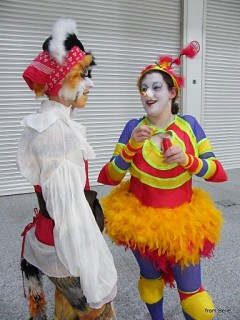 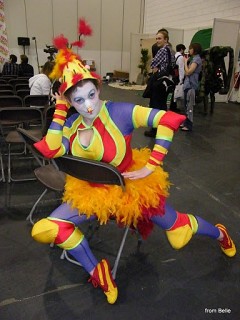 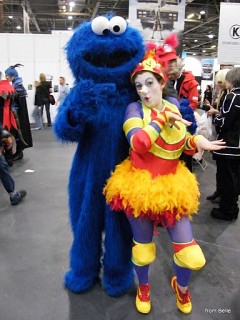 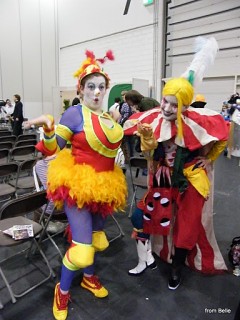 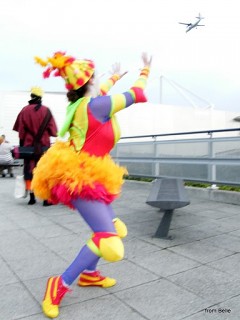 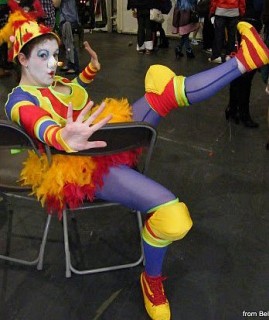 MDA If I lived in England, and went to the cons there, damn~ I do would have taken a picture of this! It's too awesome!