I've always wanted to cosplay her and this makes for a fulfillment of another dream cosplay :D

gown - I used mostly black and gold bias tape for the base. Its kinda like velvet but not stretchy which may have been a mistake but it still fits and still functions. Made from scratch of course and all the detailing in between. It is a lace up in the back where I used small eyelets for the lace up portion and invisible straps to help out otherwise. I sewed one of my old bras into this piece for well ... support I guess you can say and the fact that it's somewhat low cut is a major risk for me.

Otherwise the shoulder pieces and bottom pieces that will be containing the white parts are made of craft foam that I doubled up on for extra thickness and stiffness. I did a lot of hand sewing to those pieces and even used things like card stock and photo paper to help for the more blunt shapes such as the red circle pieces and the wings on the bottom pieces. Both attach to the dress base by means of snaps simply enough and the white pieces going down were done in the same fabric as the black and detailing was the same with the bias tape, the photo paper for the detailing and inverted black instead of the white that already surrounds it. The detailing on the long white pieces were actually glued on with fabric glue(the shapes) because they weren't the same on both sides and even when I sewed the eye looking things on they weren't even that accurate. They are also lined on both sides because I knew who ever saw it in the front would also see it in the back. The green gemstone things were actually a small detail I did have to buy from the store and spray paint green and then sew them to the spots I wanted them to be in.

The bottom flaps were lined with enough bias tape to clean out the fabric store. Luckily I still have quiet a bit left over. Having lined the edges and sewed in all the small details I proceeded to sew these pieces to the bottom pieces. They snap on as I previously mentioned and well ... I'll have to wait till debut day to show everyone how they fall. Though I'm really good about trying stuff on A LOT during progress so if it falls right its because I tried it in a thousand times to get it to look right (:

arm warmers - Simple enough I used the same black fabric with gold bias tape around the bottom. I did have to extend the top a bit because it came out shorter then I though but luckily it was only a small extension and I was able to fold the piece back for a smooth finish so I didn't use anymore bias tape.

wig - I found a 31 inch green wig on amazon this time and paid a lot less then I would have paid from my original source. I did have to style and cut bangs but being the green, length and style I pretty much wanted I have no complaints.

head piece: I doubled up on craft foam that I cut into ... I'm gonna say the shape of Fusanoshin's eyebrows. I hand sewed them together and spray painted another clear jewel green and then sewed that to the piece. I glued duck clips or whatever you call it to each side for easy clipping to the wig

footwear - got a pair of white thigh high boots off amazon (: 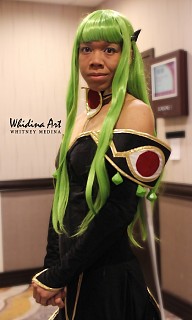 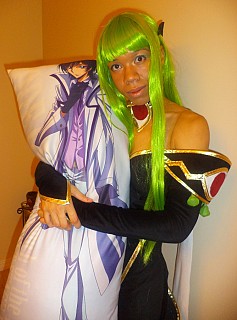 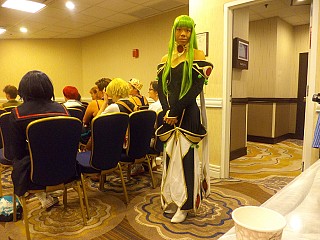 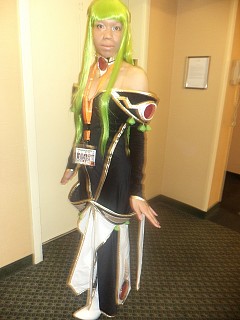 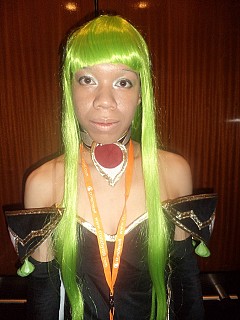 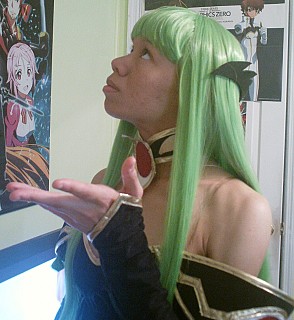 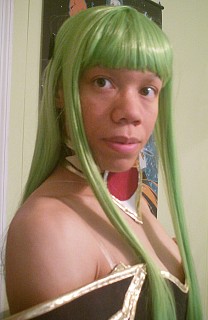 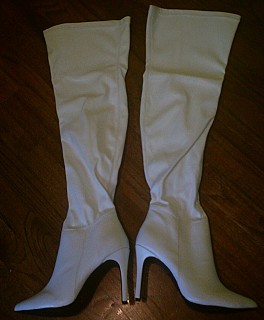 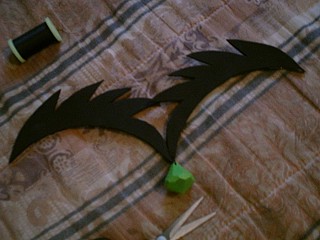 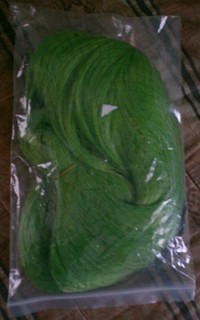 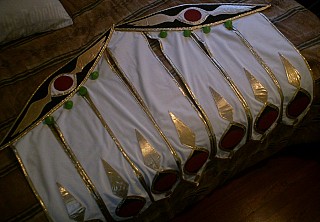 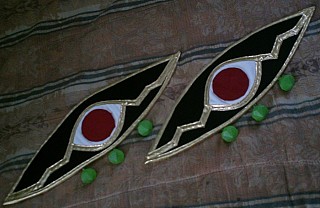 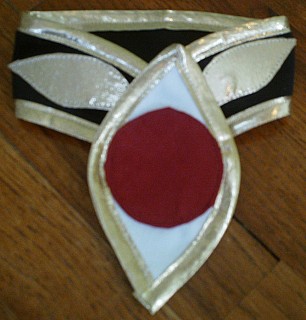 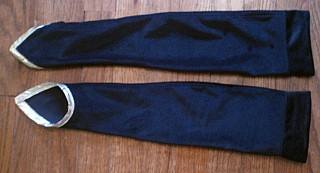 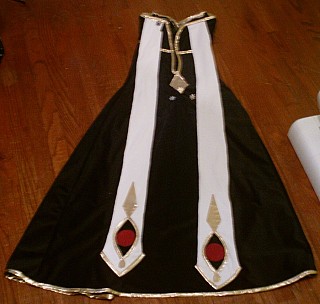 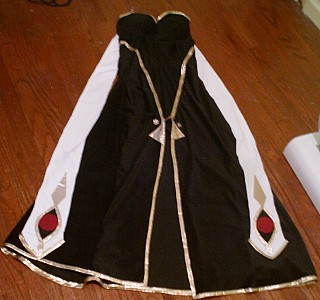