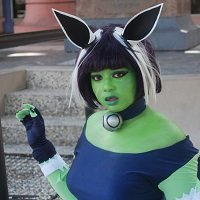 This is the first time I've ever made full body armour! This was a very difficult experience and many mistakes were made. Hopefully next time will go smoother.
The whole thing is made with EVA foam and an absurd amount of velcro stuck to the foam and sewed to the bodysuit.
At first I spray painted the breastplate which turned out to be a mistake as the spray paint kept cracking so I had to paint it over with acrylic paint.
The rest of the armour was hand painted with acrylic paint after learning that lesson. I originally painted the black lines on the armour but later on into working on the costume I realized it would be easier and much neater to draw the lines on with a black sharpie.

The armour is based on the light mercenary armour:
http://masseffect.wikia.com/wiki/Mercenary_Armor

There weren't much references of this armour online so I worked with screenshots I took in game.

I painted and altered toy guns to look similar to the guns in the game and added magnets to all of them so they can attach and de-attach from the armour.

Pistol: Painted and added EVA foam to a toy gun. I originally bought a small toy gun and molded clay around it when I first attempted to make this gun ,but using
clay was a big mistake as it made the gun unnecessarily heavy which resulted in it dropping and breaking. The handle piece on the current gun is the clay handle that
broke off the first version of the gun.

Assault Rifle: A painted Nerf super soaker. I only used a little bit of clay to cover the nerf and super soaker logos on the gun.

Shotgun: A toy gun that was painted. I added and painted the EVA foam on the sides.

Sniper: I think this was actually a toy AK but I went with it because it's small enough fit on my back (The guns in the game actually retract into smaller sizes when they're attached to the armor in the game but I wasn't interested in replicating that,so I based it on the guns when they're in use)
The gun was painted and EVA foam was attached.

The scar on my face is non toxic Elmer's school glue mixed with liquid foundation. 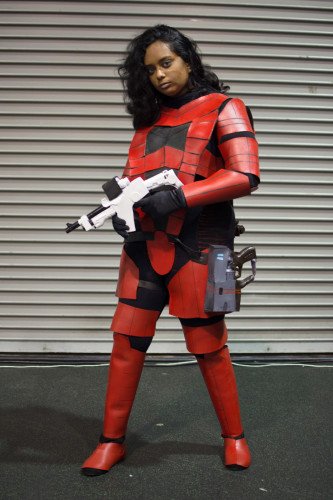 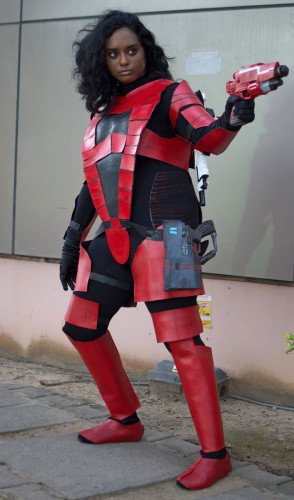 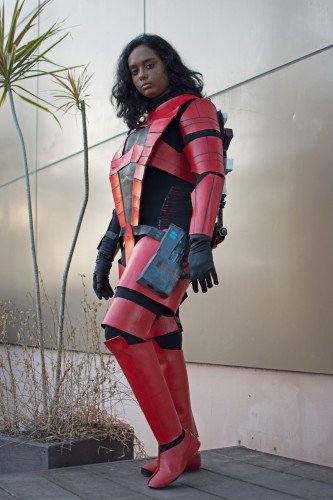 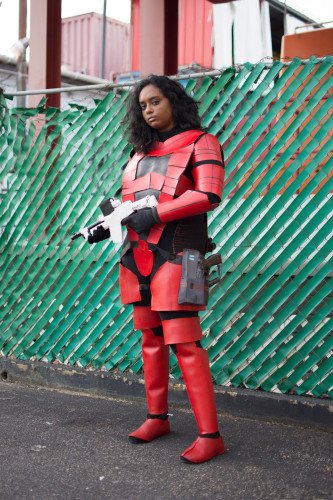 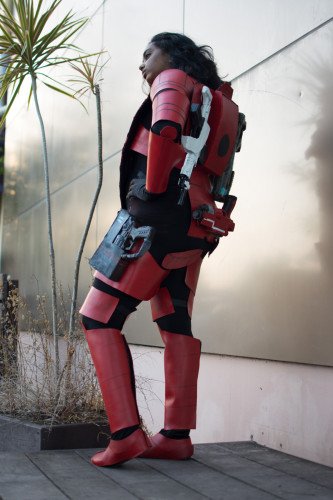 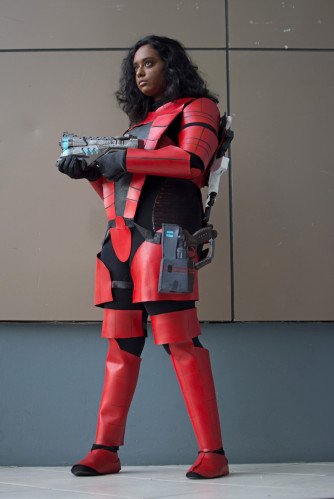 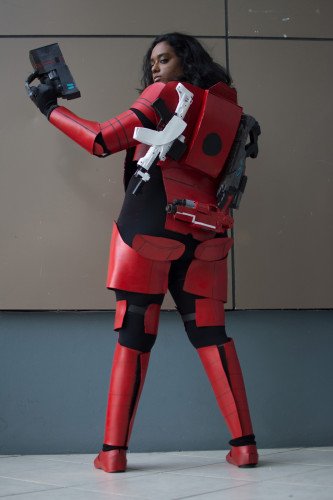 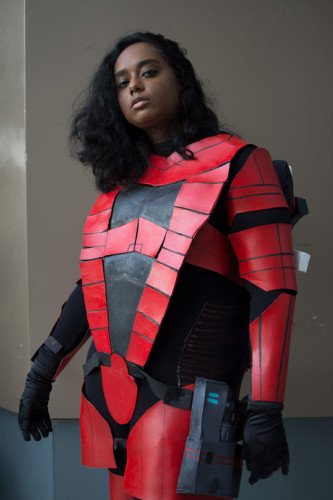 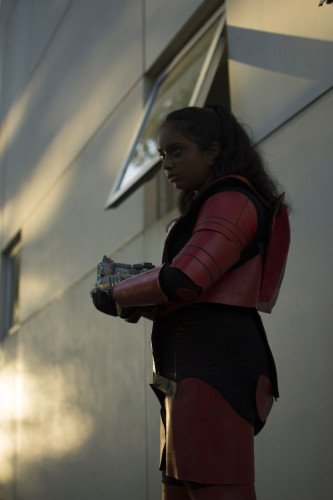 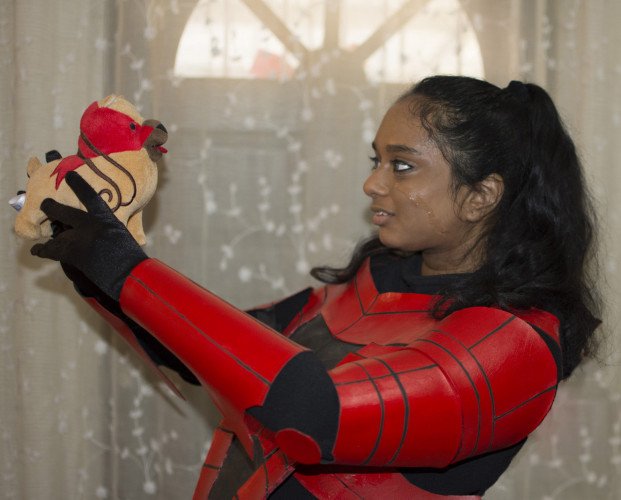 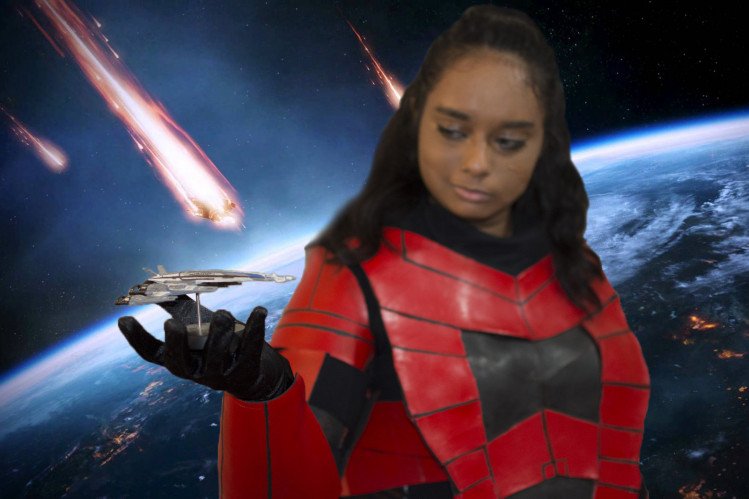 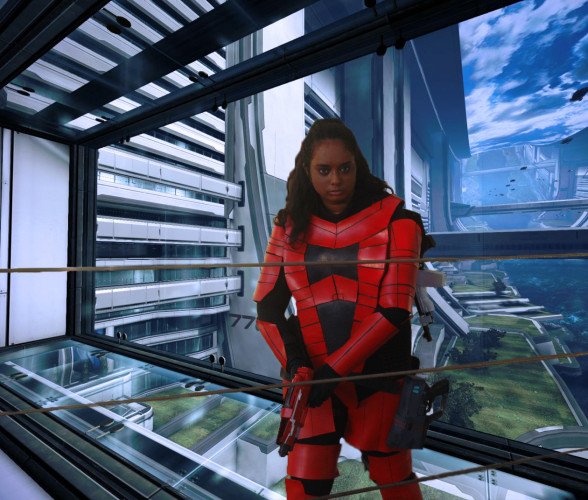 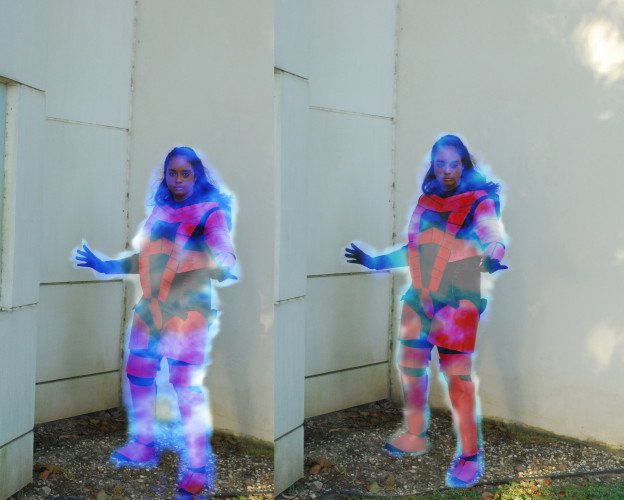 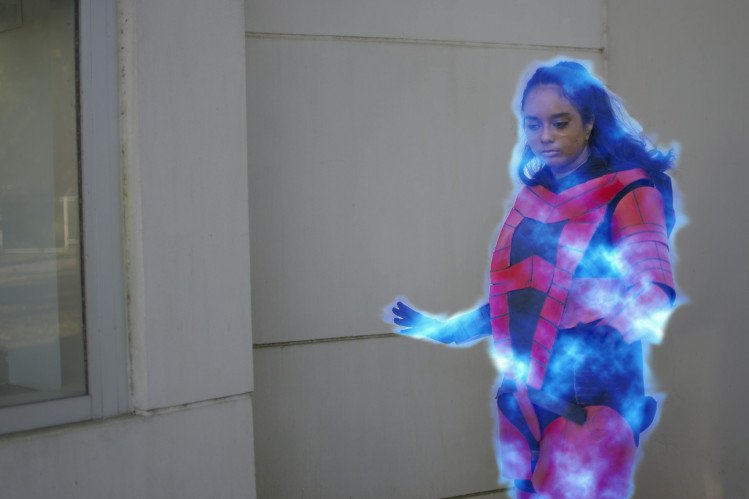 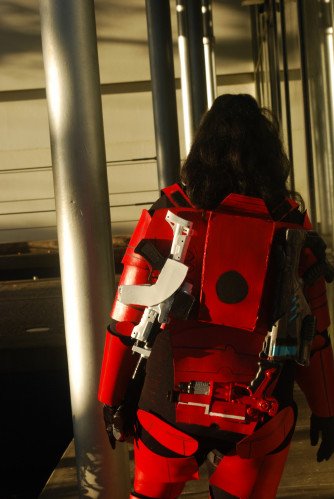 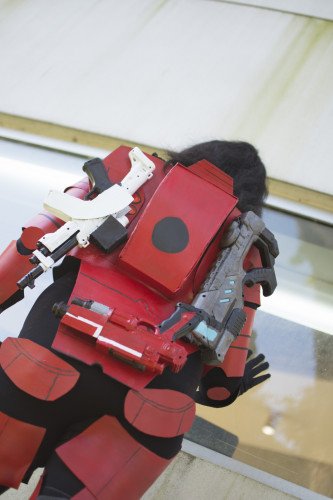 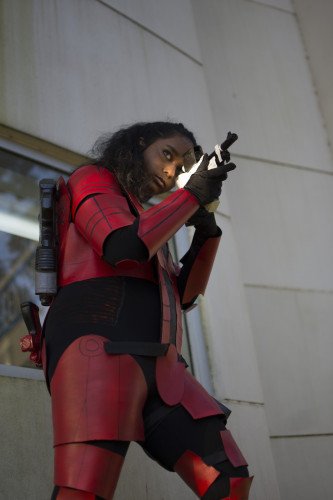 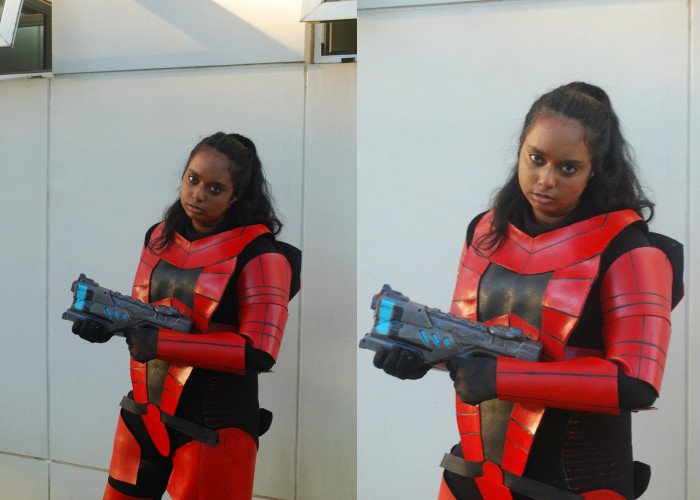 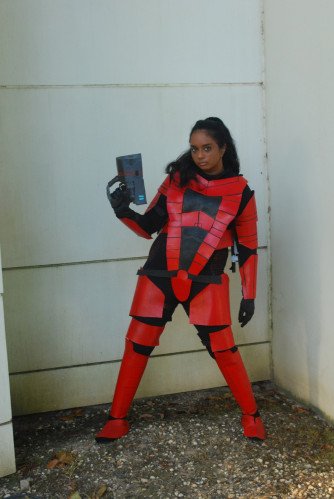 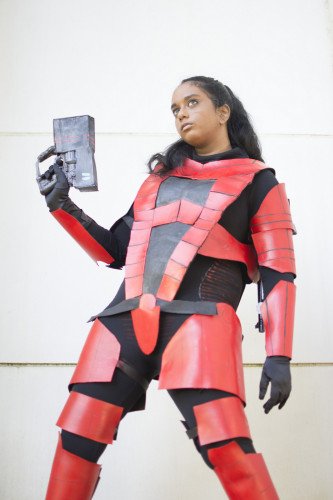 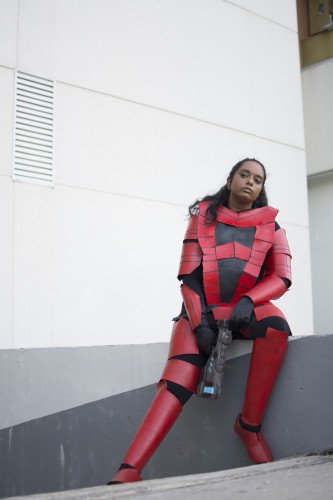 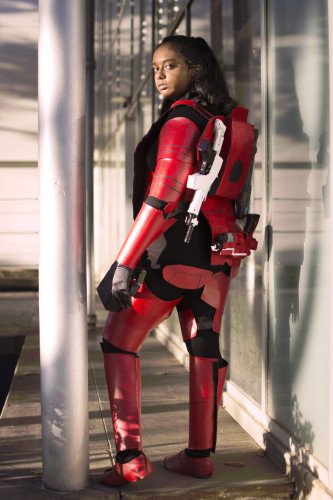