Shingeki no kyojin / Attack on titan 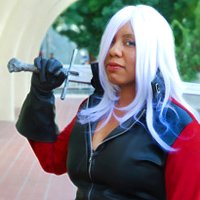 Welp, I got sucked in last year and I devoutly decided I wasn't going to do a costume. There were enough of them at cons for it not to be interesting to see yet another one.

But about 3 months later my love for the show was even stronger and I decided I might as well buy one for simple fun. I didn't want to spend time or effort on it. Then it slowly dawned on me that I wasn't going to find anything in my size. The XL harnesses I saw only went up to 5'7 (170cm). I'm a solid 6'0" so that was never going to work.
I also didn't see any jackets that were going to suit my long arms. So with a grudging sigh I realized I was going to have to make it all.

Since I had to make it all I figured I might as well make it nice and as interesting as possible. Yet again there isn't anyone in the show I could convincingly look like (not that you can't do characters you don't look like) so I thought I'd do me, only as a a soldier. I'm older, was fairly skilled in sports in HS, and pretty smart but I don't think I'd be top 10. Top 15 maybe but not 10 so I'd probably choose Garrison/Stationary Guard.

Under the advice of some other people making theirs I chose Kwik Sew 3534 and rodeo brown twill fabric. The pattern isn't lined so I flat lined it with brown lining I already had. Makes it smooth as silk when I put it on. The patches I considered making but my machine can't do that huge back patch so I opted to have some specially sized for me on etsy.

The harness, omg the harness. I can't even talk about how complicated that was. It took about 4 days to make it, it required a lot of buckles, and it's fairly comfortable to wear. There is a good tutorial on youtube I followed but deviated from when need be.

Pants & boots were purchased and modded.


All in all I like it. I still have a couple things I want to change but it's a nice costume to wear and it stands out in the sea of Survey Corps when I go to a con. 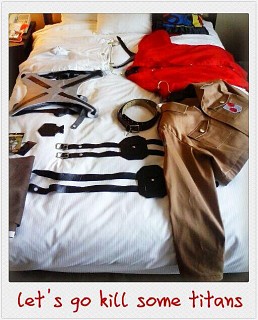 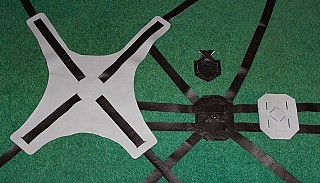 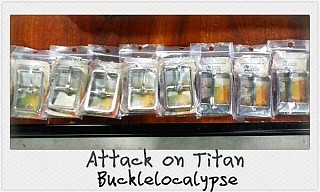