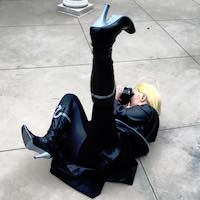 I'm really pleased with how this turned out, considering it's a Goodwill costume.

The shirt was modified slightly, as it had straps on it that I had to take out, and I still need to add pocket flaps to the top, and probably redefine the lines on the jacket. They're perfect, but they don't show up well in photos.

The pants were also a Goodwill find, but I should probably bring them in a bit so they stop falling down, and I want to sew elastic to the bottoms to wrap around my feet (like boot covers) so that they stop coming out of my boots &gt;( It's so frustrating to untie my boots, tuck the pants back in, and lace the boots back up, only to have the pants come un-tucked 15 minutes later. So! Elastic.

Boots, again, from Goodwill. They had yellow threading on the bottom that I went over with a black sharpie, and that seems to be working just fine. The laces are just from my tennis shoes, since they didn't come with laces and I wanted to try them on... and then I forgot to get real laces. I'll do that soon, since it bothers me that the laces don't quite match.

I found two of the bracelets during one Goodwill trip, and the other two the next time. Only those first two are the same size and shape, the others are a bit off... oh well. From a distance it's hard to tell. I need to repaint them, since the paint chipped quite a bit, and I didn't get the chance to finish them and give them a dull sheen.

The wig was the only new part of this costume. It's a Magnum 015 from Arda Wigs: http://arda-wigs.com/ I adore it and although it's not exactly the right color for Toboe, I think it works for him.

Originally I was going to this convention with a full group, but in the end it was only me and a Kiba... who didn't wake up in time to meet a Wolf's Rain group I met at the con and had an amazing photoshoot with. Thanks to my Kiba for being such a good sport about it, and thanks to the group I met for adopting me into your cosplay pack and letting me go to your photoshoot! It was fantastic. 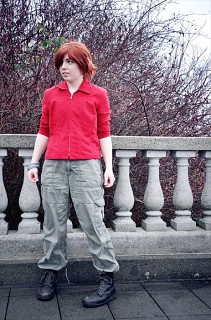 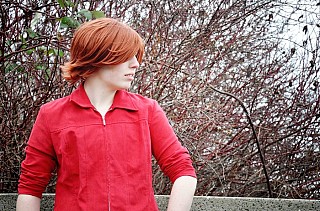 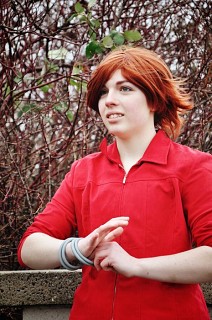 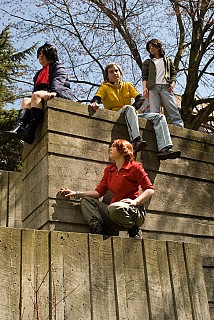 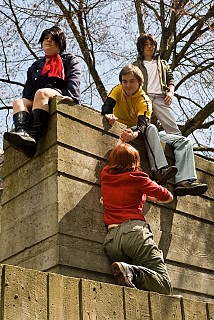 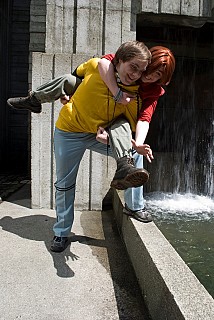 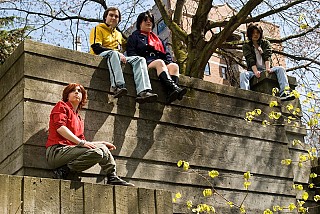 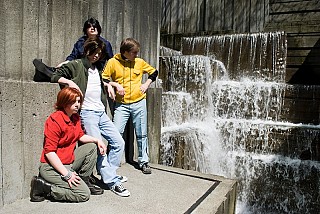 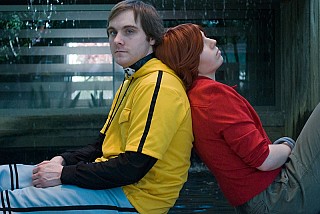 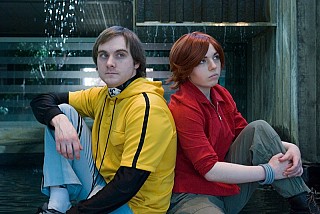 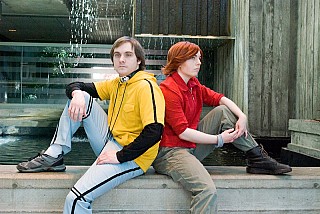 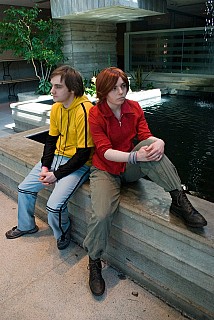 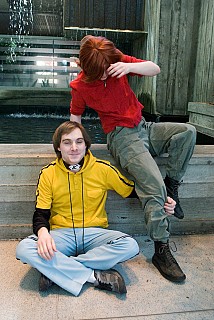 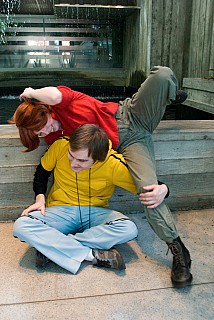 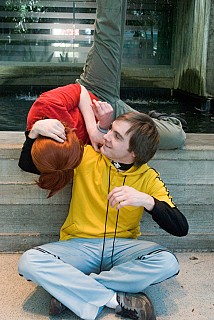 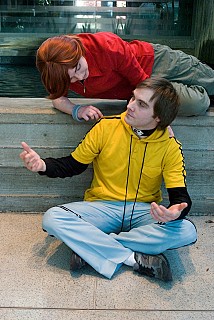 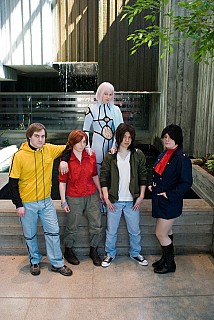 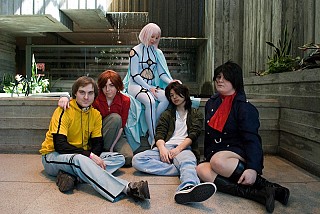 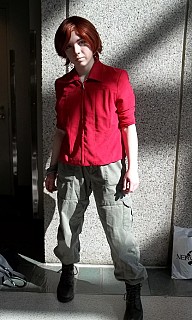 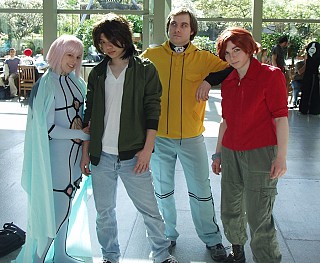 Aarri Wow, you make an awesome Toboe! :D One of the best I've seen. Great costume!