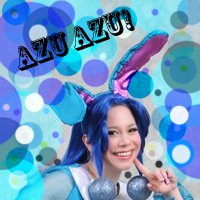 The headpiece: Three drafts went into making this the way I wanted it. After drawing a rough shape and tailoring it to fit I made a rehearsal piece and a final piece. It closes in the back with an invisible zipper and hooks and eyes. It has no rigid structure, it is entirely self supportive. The "ears" are stuffed with cluster stuff. The gold diamond is satin stitched on and trimmed with topaz colored swarovski crystals. The blue oval is a resin gem I cast with a bezel made from sculpey. The headpiece is fully lined and I custom made the gold piping that attaches around the face.

Cape: I drafted this cape and tailored it down to fit with the headpiece. The cape is lined. It is attached at the neck and snaps in the back. It is embellished with swarovski crystals in light siam. The large resin gem was cast by me and I made a bezel out of scupley.

Leotard: Made from Milliskin Matte spandex in Navy and Crimson. I used a pattern for the leotard but had to do some finagling to get the color block pattern right. I also inserted some gold piping into the front seams. All of the elastics in the leotard are overcast. Some of it has contrasting stitching, which is the straightest stitching I've done in my life! The grommets were hammered in and the lacing was done with gold cording. The feather trim snaps on to allow for washing.

Pants: I drafted the pants to fit into the leotard leg openings and then give me a bit of gather, but more at the ankle. They're made from a purple/blue organza and trimmed with Heliotrope swarovski crystal. The ankles feature encased elastic and snaps that attach to the shoes.

Shoes: Drafted to fit with the dance shoes I was using. I traced my foot and up my leg, then cut that out from the same lycra as the leotard. The toes are stuffed with cluster stuff and the fabric is only glued down around the pad of the shoe on the ball of the foot (to allow for maximum traction). The cover actually slips halfway off of the foot for an easy on and off. The feather trim snaps on.

Gloves: Drafted by tracing my hand and then drawing the petals free hand. They feature a half-lining and craft foam inserts to create the flower-petal shapes. They are completely washable! This was one of my goals as my gloves are red and my makeup is WHITE.

This costume is probably the costume I am the absolutely happiest with out of everything I've made so far. It was a challenge making a fitted headpiece instead of simply choosing a costume I could style a wig for, but I learned a LOT. It was worth it. 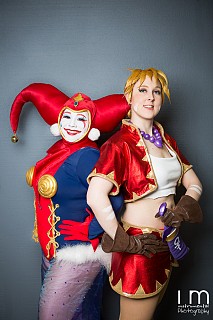 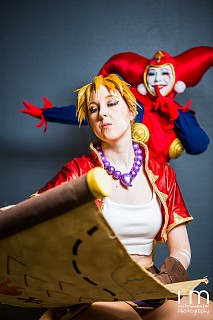 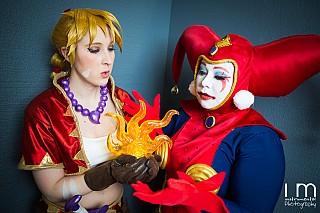 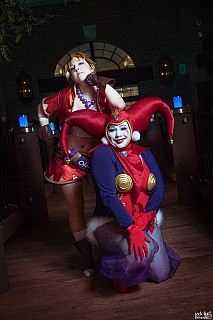 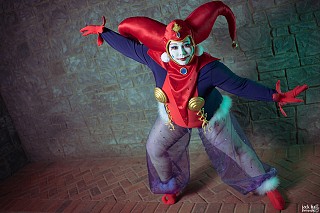 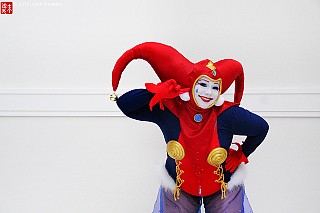 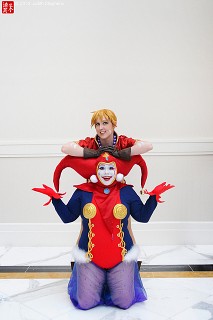 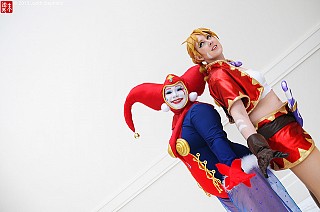