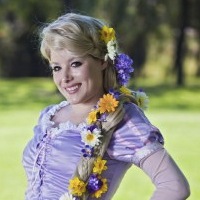 I have been planning this costume since last year, but it has only just gotten made.

My first concern was fabric. I could not find a good brocade, so I decided to do an overlay. However, this made the bodice too stiff and it didn't sit properly. So the first bodice was scrapped. I eventually decided to do the bodice in plain satin, and I may remake it if I can find another way to get the look I want. The front panel of the skirt does have the overlay.

The base of the costume is made of duchesse satin. The top has a zipper in the back, and a fixed front for ease of wear. I chose to use a buttonhole for the laces as that's how the face character costume is done, and I liked how it looks. The sleeves are duchesse satin with ribbon topstitched on. The most time consuming part of the bodice was pinning and stitching all the trims to get them to sit properly!

I really wanted to have embroidery on the skirt, but I don't have an embroidery machine, so I painted it. It is by no means perfect, but I'm ok with it for now. If I should find a way to get the embroidery done, I'll remake the skirt. I attempted to make a separate petticoat, but you couldn't see the lace, so I ended up attaching it directly to the skirt.

The wig was also troublesome. I got 2 5 foot long wigs and combined them, which is what you see in the first worn pictures. I did add several packs of extensions, but it was too heavy for me to wear (I have a bit of a bad neck) so I had to remove the extra hair. I was pretty happy with how it came out, even though it didn't have the fully accurate thickness. After wearing it once, it became very frizzy and tangled in places, so I had to completely restyle it. I added more hair to it, and it's a bit thicker now, though I'm already planning on making a new wig.

While it's not perfect, I'm pretty happy with this first version. I feel like this will be constantly evolving.

EDIT: So I finally got my new wig done! This time I went for a look that mimics that of the theme park wig while also keeping a longer braid. I used a Delilah and 4 falls from Arda wigs to create it; 3 were wefted into the base for thickness and one is at the bottom to add length... the entire thing is about 7 or 8 feet long. I also did the flowers more closely to the movie's rather than free handing it as I did before. I'm really happy with the new wig!

Edit again: I got my short wig. It started as a Le Tigre short from Arda wigs, and then was cut into layers. It's not as great as I'd like, but it was my first time cutting layers, and i suppose it wasn't a perfect cut in the film either. I wore it to Anime Expo, and got good feedback, though I still hate the haircut. However, it's necessary since my next cosplay is Princess Rapunzel.

The tiara was made using craft foam with wire sandwiched between two layers and painted gold. All the crystals are swarovskis, and I put the marquis crystals between the 2 layers of foam as well, while the others are glued directly onto the base. Unfortunately, upon being able to examine an exact replica, it does have some problems, so I'll likely be remaking it soon. 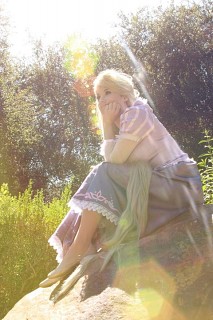 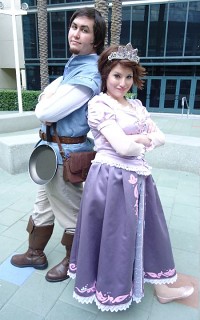 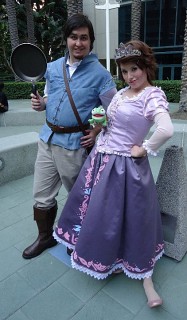 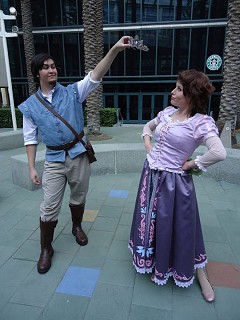 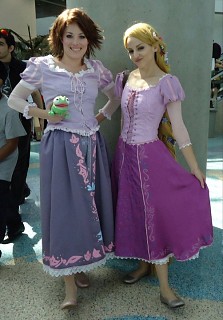 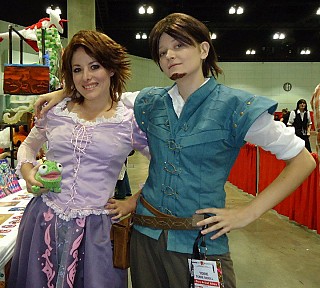 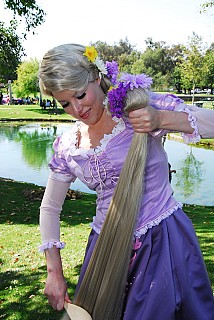 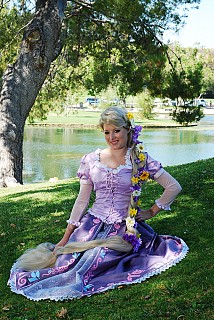 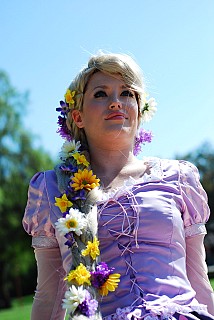 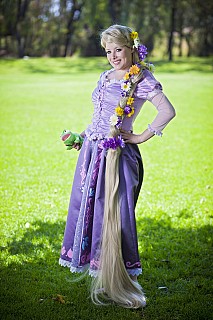 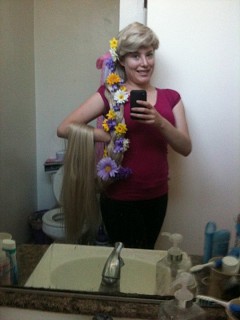 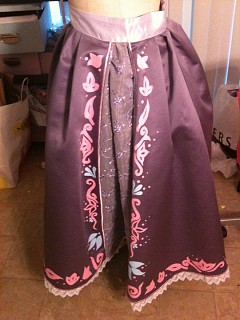 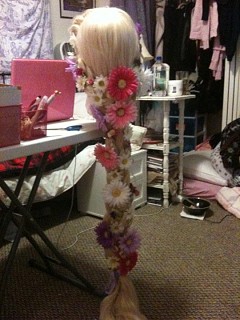 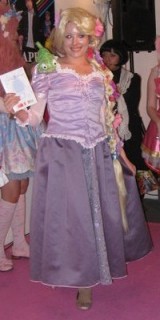 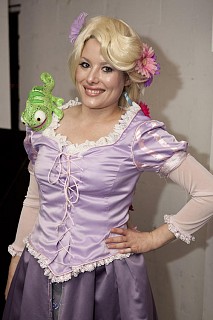 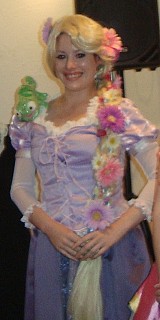 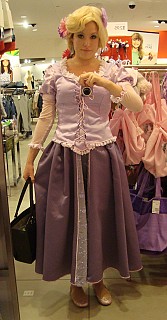 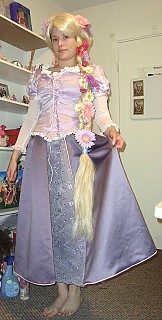 kojirojames2004 How many flowers did you use and where did you get them?

FunkyHenryGale Love it! We should try to do a Tangled shoot with your Rapunzel and my Flynn.

EchosOfTheDead Aww, you make such a wonderful Rapunzel! ^^