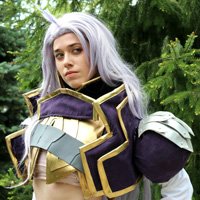 For anyone who doesn't know, Kuja is my baby and love. Kuja is my favorite character of all time and I will continue to dress as him forever. I'll probably keep remaking this costume forever too. I love it so much. SO MUCH.

As such, this was the first costume I ever made. The first few pictures show the original form, while I updated it as time went on (I recently remade a lot of it as of July 2015).

The original costume took me six months of trial and error because I'd never used a sewing machine or craftfoam before in my life. SUCH IS THE POWER OF KUJA. In the end, about 80% of the original was made out of craftfoam. I have not yet updated the torso jackets. The golden armor plate is craftfoam with modpodge and painted. The inner and outer jackets are craftfoam (with wire hotglued to it for support) with a purple suedecloth sewn onto it. The trim was just a golden ribbon thing I got from JoAnne's and IT WAS EXPENSIVE.

In my second version of the boots (only vaguely visible in all but my worst picture on here that I might take down), I made them ENTIRELY out of craftfoam and took out the heel. This was a mistake as it made it hard to walk, looked bulky and too shiny, and didn't let me stand right.

In my newest form, I've put the heel back in, used worbla for the foot piece, use spandex for the boot cover, and then remade the sleeves and crotch-skirt to flow better and use a better golden piece. The straps on the crotch-skirt are now made out of suede and hemmed with a golden fabric. The cod-piece and back-plate are made out of worbla.

Two things people tend to ask about on this costume are the shoulder-balls and the feather. The shoulder-balls BADLY need replacing, but were made when I just paper-macheed some bouncy balls and then stuck some spherical shaped suedecloth over them. My shoulders go THROUGH the hollowed out paper mache. It's collapsing now. The feather I keep in by sewing some wire into the wig, and then hot-glueing the feather onto the wire. It doesn't stay in so well in my new lace-front wig, but I'll figure something out.

...Wow that was a lot of rambling. xD This one goes out to Bur Loire whose own rambling on her Kuja cosplay allowed me to get an idea of how to start mine when I didn't know what I was doing two years ago. =3 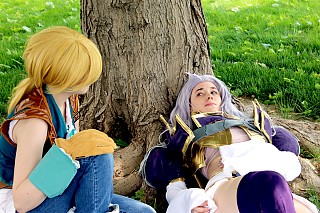 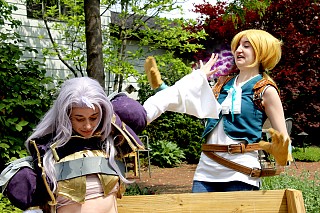 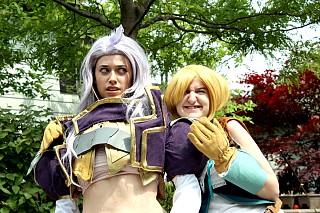 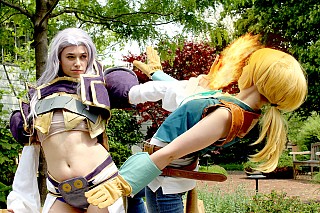 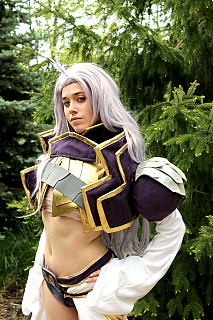 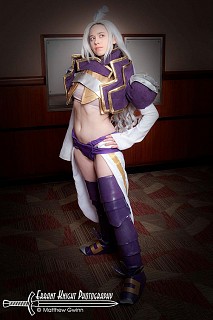 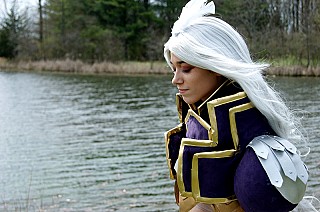 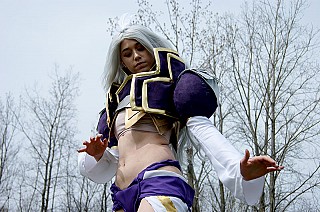 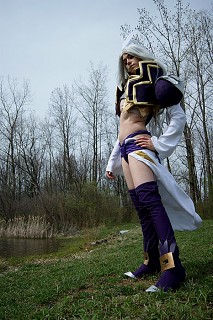 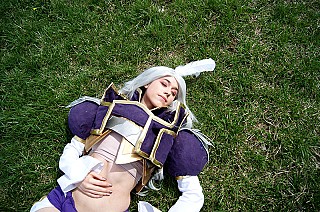 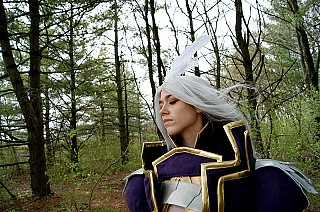 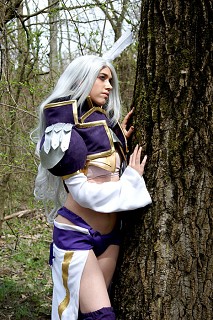