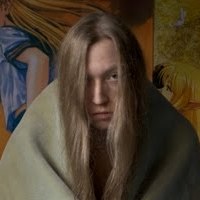 I put a lot of work into this cosplay. Even though the point was to wear as little as possible, I didn't want people to be able to say that I had been lazy, and just put on a Speedo and called it a costume. I wanted to earn the right to wear it.

There's not much to it, but it's all homemade - with a little bit of help from my friend who likes crafting. I cut and stuffed and sewed the ears together, and attached them to a headband. I searched far and wide (on the internet) for a yellow Speedo (surprisingly hard to find), trying out several before ultimately covering one up in yellow felt in order to match the rest of the cosplay. And I drew and cut the tail out of styrofoam, before gluing the felt to it and attaching it to the Speedo using velcro.

The biggest challenge of the whole cosplay was figuring out how to make the tail stick up. You see some Pikachu cosplays in which the tail hangs limp. This, of course, was unacceptable. Most pert Pikachu tails are attached in two places - at the tailbone, and again between the shoulder blades (or thereabout), to keep it standing up. For my cosplay, which involves no clothing above the waist, this simply wasn't possible. So instead, I ended up suspending the tail from a clear, stretchy beading thread that wraps around the tail and then around my shoulders, creating invisible "straps" that I could wear like a backpack. I must say, it was an ingenious solution, and it worked stupendously.

I used cheap face paint for Pikachu's distinctive red blush, and black nail polish on my fingers and toes for a little extra flourish. Technically, the cosplay doesn't really need shoes, but since you often can't go walking around barefoot, I opted for a pair of yellow "barely there" flip flops (the size was a little small for me, but it's frustratingly hard to find flip flops in men's sizes in bright colors - anything other than dull black, grey, or navy blue). "Invisible" cosplay shoes would also work, but I have yet to find or make a good pair of those. 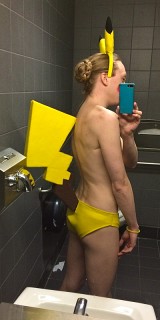 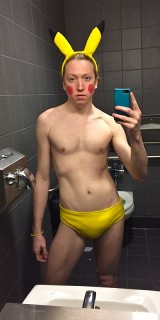 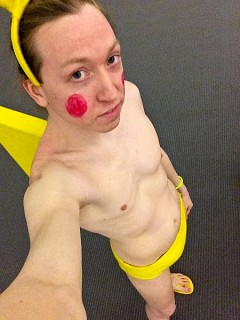 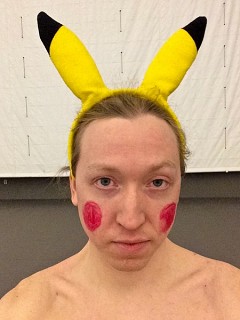 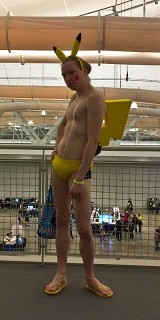 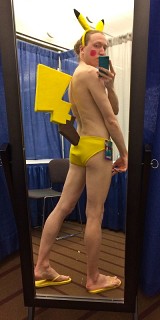 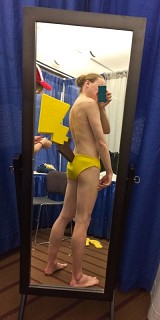 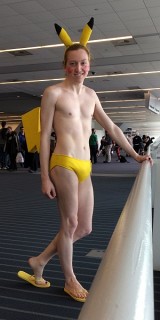 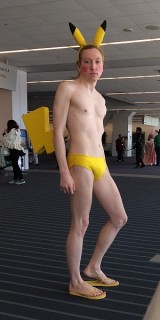 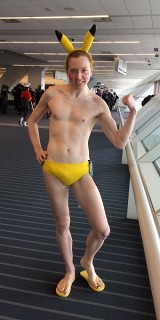 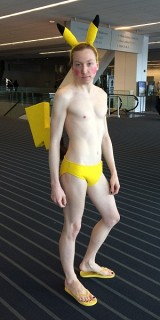 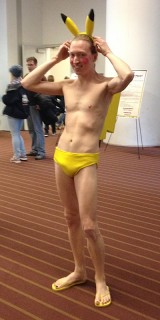 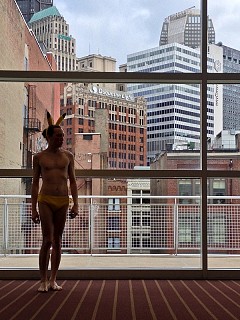 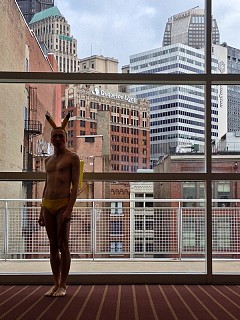 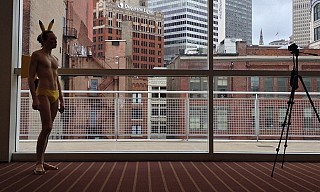 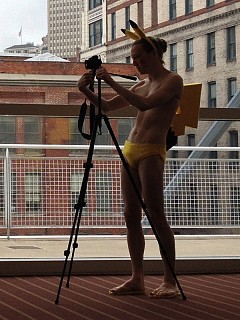 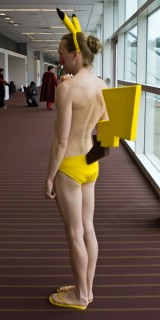 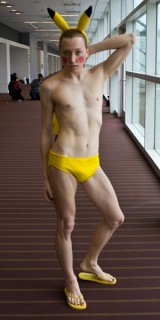 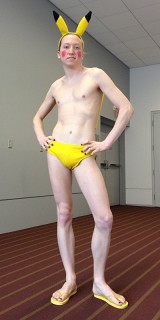 WondererBailey That is a really cleaver idea with the invisible straps! :D