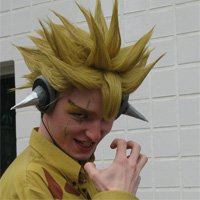 'twas a pretty fun project I gotta say. The pants were the first thing I had ever sewn and I almost cried a few times because it seemed like I had made the pattern all wrong and stuff. In the end it worked out fine tho <3

The headphones were old broken Sennheiser HD 212Pro's from which I took the phones off. I made the spikes out of wood and covered them with paper-mache. After that I dyed them. Finally I tied some fishing line onto them and put some tape on them so they would stay at my ears 8D

The shirt was just an old yellow'ish shirt I found from the nearby flea market for two euros. I drew and dyed the spots on it with a fabric marker and dye.

I cannot take all the credit from the costume though. The cool as heck wig was styled by my girlfriend because I was too afraid to touch it XD <3 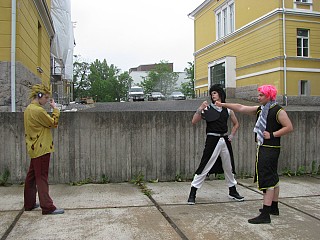 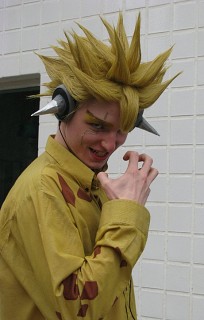 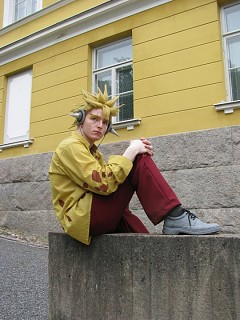 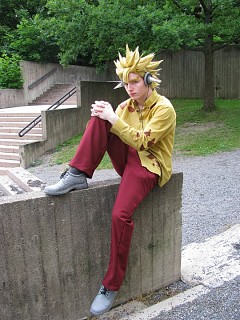 zarnex wow this is one of the best laxus cosplays iv seen great job :D

xsailorsam i love it, laxus is one of my favourites.