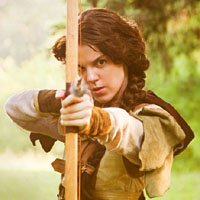 For the 2011 Tennessee Renaissance Festival I was cast as French Countess Elaine de Francias, half-sister to Francios, Duke of Anjou and Prince of France. (Nice mouthful, huh?)

The dress itself was made by another castmember and lent to me by her. (She and I happen to be body twins). I did, however, do the handbeading on the skirt and the accessorising/pulling the final ensemble together. The festival that year was set in 1579 England. (The costumes for our festival are not pre-bought, they're all handmade, custom to each cast member. )

Hat: Made out of natural cotton in an attifet style (I know that term is much debated, but since it's a familiar one, I shall use it). There is a wire that runs the length of the front that can be bent into shape.

Hair: Boy was this a challenge! I tried to recreate the hair rat look that was popular in Elizabethan times. Since I didn't have the time (nor enough hair) to create my own hair rat, I bought a foam roller, cut it in half and secured it to my head in barrettes. After teasing my hair to epic proportions, I'd smooth is over the foam and secure it under the hat. I bought a set of hair twists from Claire's to finish off the look.

Earrings: They are a pair of vintage pearl earrings I bought off ebay for 99 cents! (Since I do not have pierced ears, they're clip-ons with adjustable screws.)

Necklace: Gifted from another cast member.

Dress: Made out of 100% cotton/cotton silk. I'm afraid I don't know much else about the construction as it was a borrowed dress.

***The sleeves could be opened for breathing room and were attached using small hooks.

Chemise, corset, bloomers, hoopskirt: All borrowed with the dress. (But all 100% natural material including straw boning!)

Girdle: It was made out of many many pearl beads, gold beads, and lots of fishing line (as it's stronger than regular thread). We secured it in the middle with a light clasp and at the bottom with a heavy fleur-de-lis broach from Michael's. 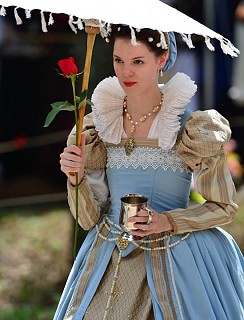 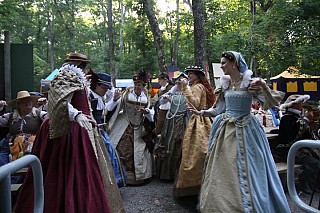 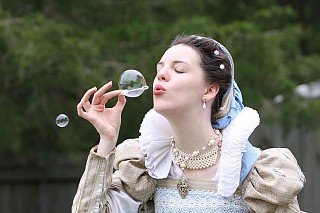 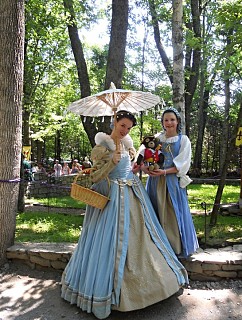 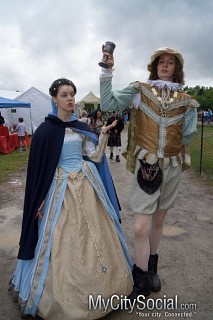 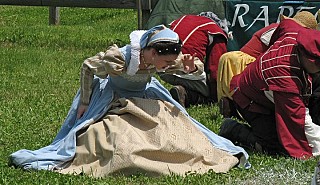 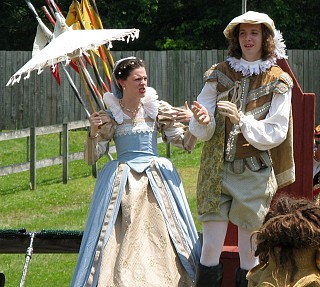 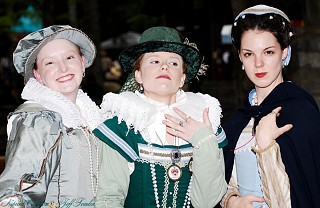 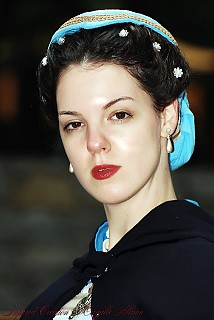 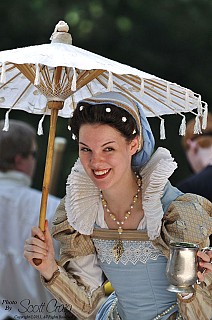 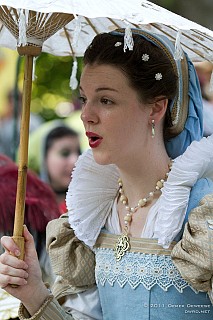 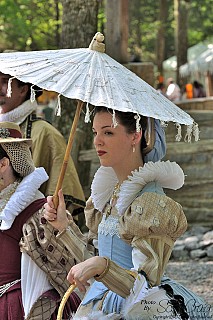 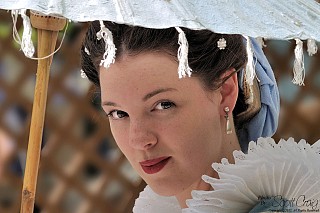 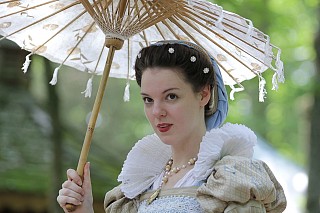 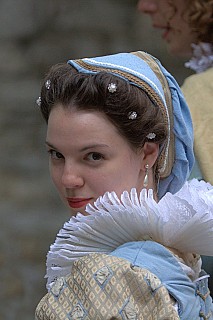 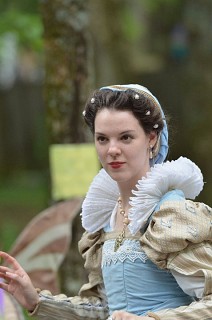 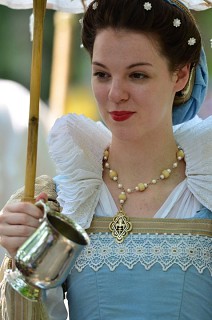 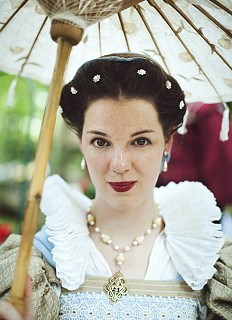 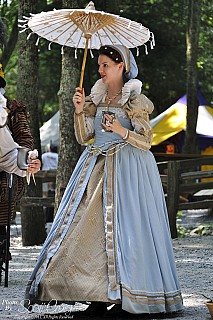 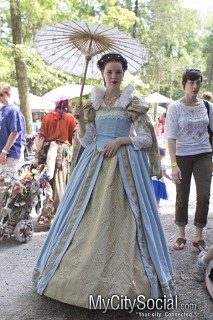 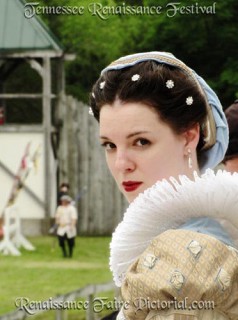 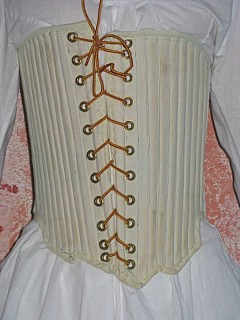 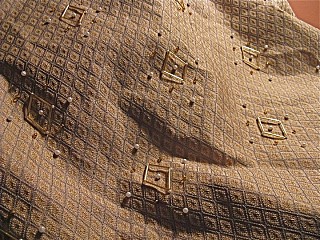 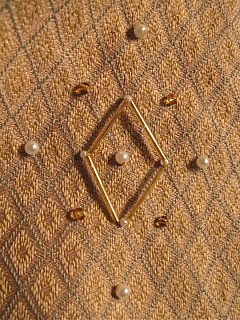 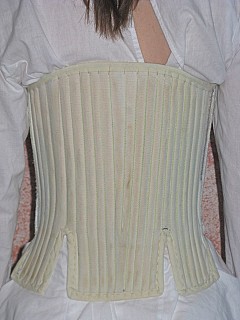 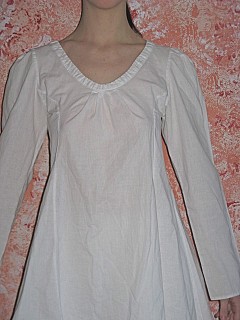 Narnian Absolutely gorgeous gown and underthings! Your construction is fantastic!

macbeemer This costume is stunning! I love the beading detail you added, and the colors are just fantastic. Also, I'm so in love with the way you did your hair. Gorgeous!

The Lady Nerd Thank you so much! I've been a long admirer of your costumes, especially your Star Wars gowns! :)