I really do have issues with picking really hot costumes to wear in the summer &gt;.<"

This costume as a whole cost me over 400$ to make D: This is by far my most expensive costume so far. It took a great deal of my sanity and I absolutely love it!

The claw 35$ and the white vest thing 20$
I did remake the claw this time from a sturdier clay (Sculpey) that looks one hundred times better than the last one so I didn't have to deal with it coming apart XD The clay costed 20$ and the gloves which I only used one of (the other went to my Automail) was 15$. The cross was made with cheap cardboard and the silver rings around the fingers as well as the crown and armband were made using vinyl and cardboard. This claw is almost entirely held together using hot glue. It held together pretty well aside from the claws getting a little loose as the day dragged on. The white vest thing (don't know what else to call it) was made using white fleece material and really cheap fur, not the best idea... Don't buy cheap fur, just don't! I don't care what you're doing, it doesn't look good. the fleece was fine, but It's started to make strange bumps and really needs to be re-made. The 3 strange things that hang down on the back were salvaged from the third uniform crown clown jacket and were just fleece that was wired to look wavy.

I'll finish writing this description when I have time
-.- 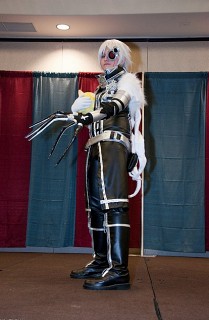 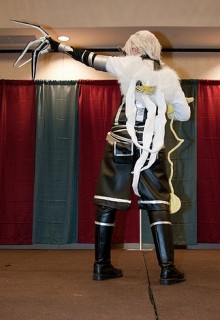 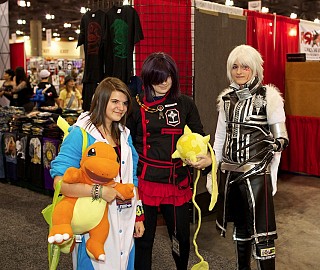 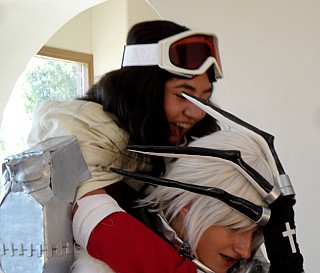 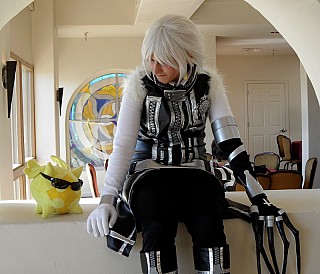 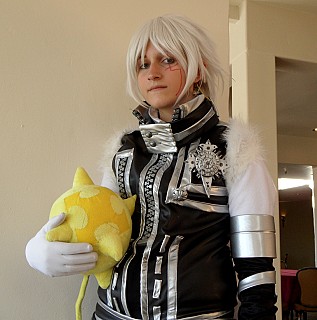 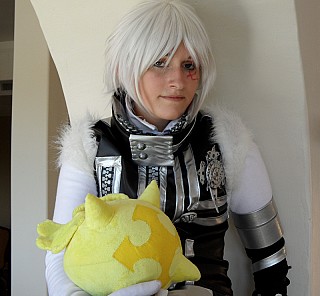 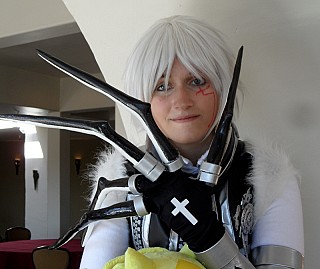 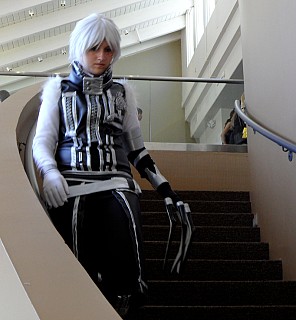 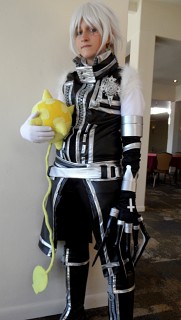 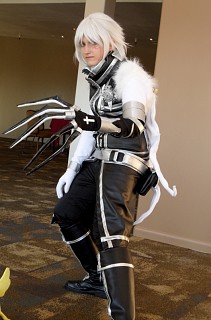