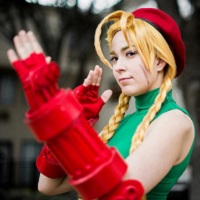 It was hard picking a costume to wear for Sakura-- she has so many good designs! I know that this was a bit of an obscure costume of her to pick, but I really liked it. It's the outfit that she wears in the manga, while fighting Yue for the right to be the new Clow Master. Finding references for this was actually quite difficult.

I started with the skirt, and patterned that out as a large circle skirt. I ironed in a very thick interfacing, and then added corset boning around the edge of the skirt to get it to stick out. I'd like it a LITTLE stiffer, but it's not that big of a deal.

I used a pattern for the top, and then sewed it to the bottom, and then added the sleeves. All of the trim on the dress was patterend and cut, and then sewn on. Some pieces, like the sleeve cuffs, have interfacing in them. I used the same short patteren that I use in everything to make the shorts.

I patterned the cape by laying fabric out along my dress form, and cutting it out. It has thick interfacing in both the front and back. The applique was done by ironed fabric shapes onto interfacing, and then sewing it down. It velcros in the front, and is fully lined. Trim is bias tape.

The hat is craft foam covered in fabric. In the ref, it's more of a round shape, which I initially tried, but it kept falling my head, so I made it more of an oblong shape. The pieces that dangle are craft foam and jewelry chains.

The boots are some old boots that I covered in fabric.

I was recognized more than I thought I would be! Other than the hat being slightly heavy, I really enjoyed wearing this one! 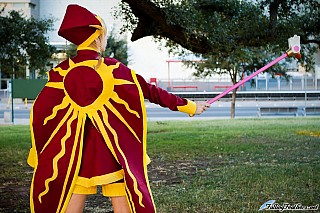 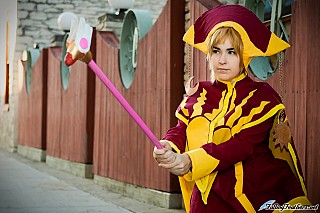 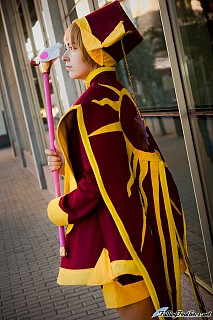 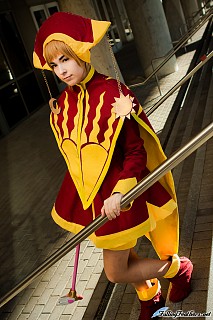 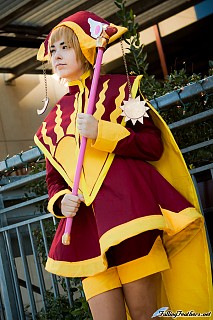 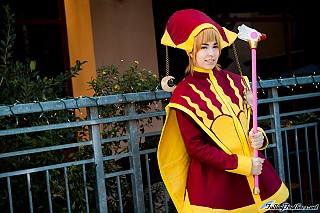