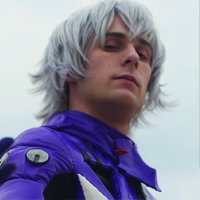 I got this costume as a gift for Christmas last year and I never had a chance to wear, since my former Gin wig was mutilated for Raiden later that year. (Which coincidentally, that costume has a new wig now) Anyways, at Geek Kon this year my friends and I decided to do a Hueco Mundo group and saw it as a good reason to wear the costume. While I do like Gin's character and design, I'm not facially built to do the character and most of my shots either resulted in my eyes being open or having a "derp" face. The only reason I'm really displaying this is because of the new wig, which makes me want to do a DMC Dante now. But after getting to wear it around for a fe hours, I need to take the side burns a little more so they don't flare as much as they did. 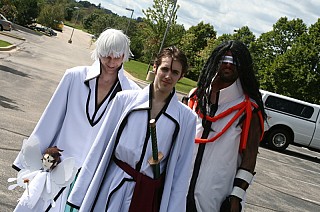 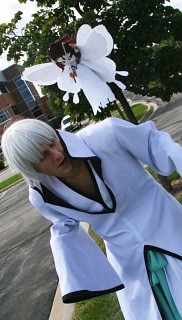 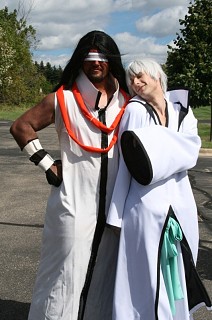 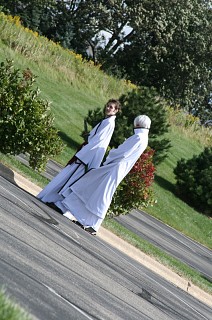 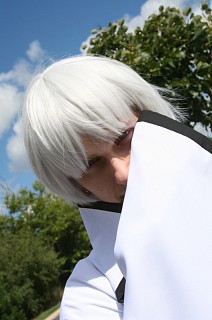