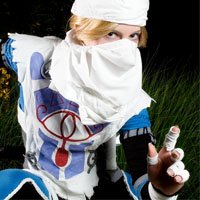 I choose to make this costume because I love the X-Men. I think the series as a whole is fantastic! I wanted to cosplay a badass character with a power that was easily expressed visually, and there are very few things more visually badass than retractable metal claws. X-23 also has a small build like me, and is totally one of the coolest characters in Marvel vs. Capcom 3, which is the particular incarnation that I chose to create.

ow onto how I constructed this outfit. Lets start from the top with the wig. I bought this kanekalon wig on ebay for a good price. The wig was too long when I got it, so I trimmed it, thinned it, and put in a few shaggy layers to give it movement. I angled the front dramatically, and trained the bangs to stay out of my face. Training this wig took a lot of work. At first I thought that I had been sold a heat resistant wig by accident it was so unresponsive to heat! So I took a scrap of fiber and tested it with a hair-straightener on the lowest setting. No, I was not sold a heat resistant wig, it was just really stubborn. So I just worked at it for longer and eventually got the fibers trained away from my face and sprayed them in place. I also used a wig lusterizer to give the wig a little more shine and prevent tangling.
All of the clothing was made from two-way stretch PVC. That stuff is very difficult to work with. Ugh. You can read more about working with PVC under my tutorials. The necklace was relatively easy to make. I glue-hemmed the PVC into two strips, and sewed one in a loop around another. To clasp the necklace, I used one black hand-sewn snap. The pendant is made from polymer clay; I used a mix of “jewelry gold,” yellow, and beige to get exactly the color that I wanted. After the clay was baked, I sanded and polished it, and coated it in an air-dry resin glaze and glued it to the necklace.
Now for the fun part (or at least they look like they were fun), the claws! At first I tried to make the talons out of pine wood coated in resin. But I had issues with the resin, and the claws did not come out how I wanted them to. So I started again using only pine wood, and whittled the wood into the exact shape needed. Each claw was meticulously sanded, then primed, painted, and finished with a glossy top-coat. They were then mounted to a rigid stack of pellum, upholstery fabric, and a heavy cotton with both glue and a metal rivet. That rigid stack of fabric was then mounted to “gloves,” that I made removable with velcro straps. The claws are extremely durable, stable, and I can still use my hands while they’re on. Though, if I needed to, they were very quick to take on and off.
I had made talons for my feet out of flexible craft foam and electrical tape, and secured them to my boots with electrical tape as well, however they were too hard to walk in, and I took them off within ten minutes of arriving at the con. Believe me, it’s not that the talons were not stable; they were plenty durable and flexible to withstand my walking, however they increased the length of my feet so much that I was tripping over myself, stairs, escalators, and other people. So I decided I could live without them. The boots were not made by me, and were purchased eight or nine years ago. My feet have not grown since then.

for more on how I made this costume, more pictures, and other X-men photos and cosplays! 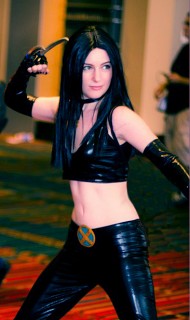 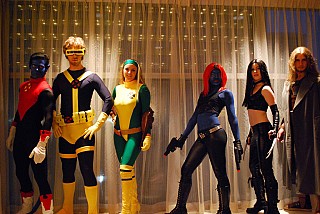 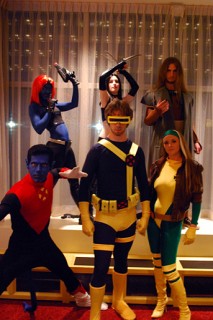 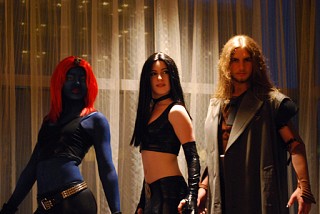 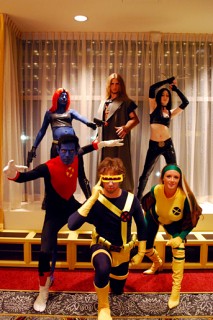 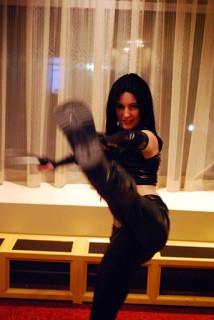 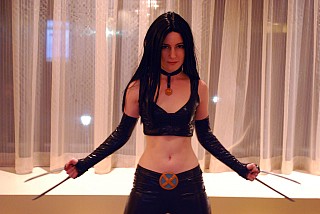 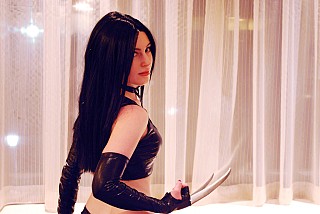 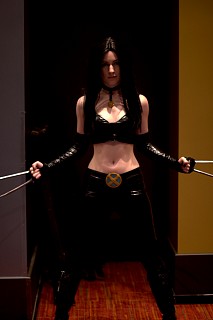 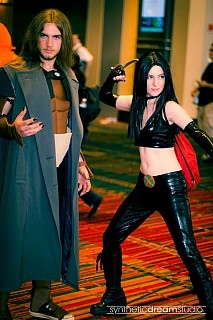 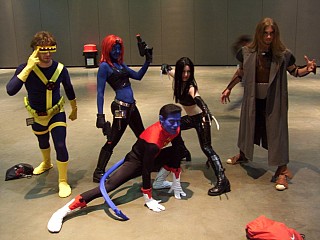 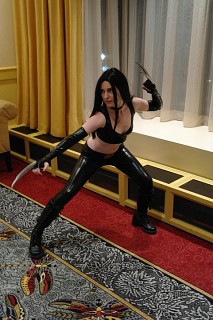