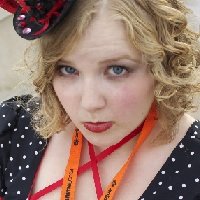 For Banzai 2008, the girls and I upgraded our costumes from the anime versions to the LIVE ACTION SUPA SPECIAL costumes. For my two friends, this meant adding belts. Simple. :) I decided to take the more complicated route and recreate Dark Sailor Mercury, the 'dangerous' and 'angry' version of the character who got her own arc about halfway through the series.

I used the bodysuit and skirt from the first costume, but made a new collar and bow from scratch. The bow is made out of fun foam covered in a thin layer of glitter glue, with the designs painted in black fabric paint. The collar was painted in the same. I shredded a yard or two of black tulle, sewed the pieces together in a long strip, and hot glued it to the back of the collar and bow.

I used the same wig from the old costume as well, but experimented with the sharpie dye technique for the first time. To give it a gradient effect, I did exactly what I wasn't 'supposed' to do and sprayed the dye onto the fibers while the wig was still on its foam head. The head is now irrevocably blue-streaked, but it turned out beautifully. :)

Someday I'd like to actually finish the costume by making Dark Mercury's little belt and adding the embellishments to her boots, but I don't know if that's ever going to happen. If it does, I'll give her a proper photoshoot so that you can see all of the details. 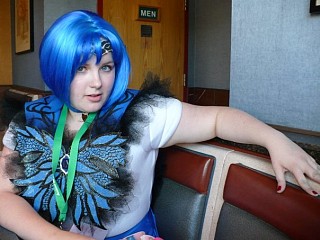 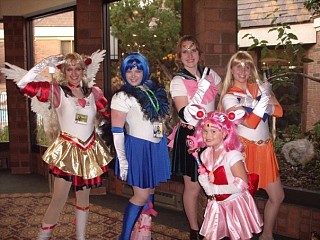 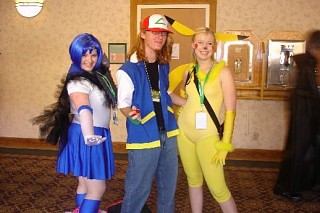