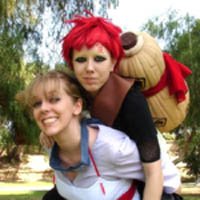 This costume is a work-in-progress. I'm well aware of the missing pieces and details and what needs fixed.

My dear sister littlecrater made the craft foam armor for me and it looks amazing! The shoe base is a pair of my old medical work shoes that needed retired anyhow. She also let me borrow her Holo wig and styled it to be like Asuna's. I hope she'll join as our Yui soon!
My husband, who is my Kirito, made our swords. Hand carved from commonboard and detailed with PaperClay, sanded and painted. Totally awesome for our first swords, and we know future swords are just gonna be better and better! He also bought me a necklace of Yui's heart to wear.
As for the costume, I used red and white cotton for the top and arm bands, trimmed with red and yellow bias tape. A zipper is placed in the front center, covered by the front panel which is sewed on one side and Velcro attached on the opposite side. The skirt is temporarily this silky dark red one but I plan to make a box pleated one from red cotton and add the white line, plus make it shorter to make me look taller. The leggings and future arm pieces are made of an expensive elastic I found in the remnants at JoAnn's. Getting the leggings to stay up is hard, a tutorial online says she hand sewed them onto a pair of pantyhose. I attempted it but didn't get finished so they didn't stay up well...

Overall, I learned a lot yet again. I plan to make an Asuna 2.0 for next year's cons. Hopefully, all the inner red and yellow trim and crosses will be added, the leggings and skirt improved and the arm pieces made as well. Plus we need to reattach the circular part on my sword... it broke off after I dropped it a couple times. Oh and sheaths! We really want to have sheaths next time. YAY SAO!

UPDATE: Well, I finally made the red pleated skirt with white line from scratch! Looks so much better. And my amazing husband fixed my sword after I broke it and then made sheaths for us! Added more yellow and red trim to my costume. Worked on the leggings/tights and MAN they are a pain. They also make my legs look very short and strange... tried using fabric tape to keep them up, which honestly worked for about half the day so I call it a win. Still needs some work and I still have to convince littlecrater to be our Yui for future fun. 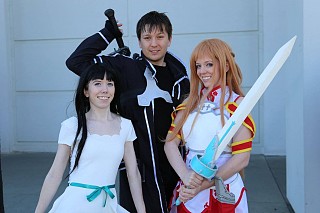 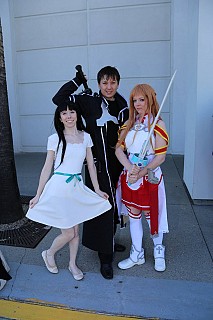 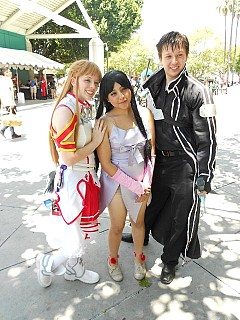 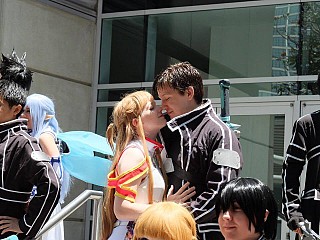 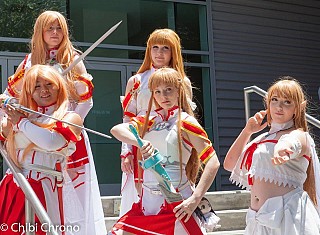 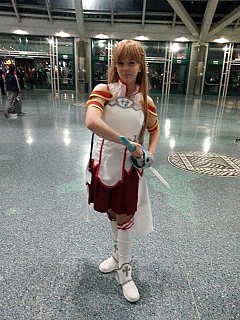 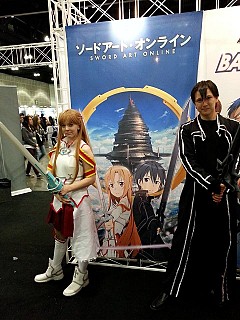 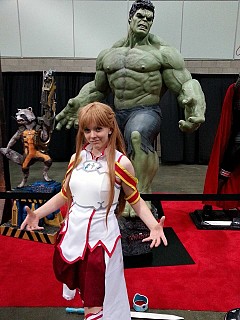