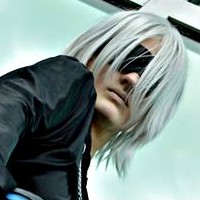 I cosplay Riku simply because I love him as a character. He’s been my favorite from the moment he stood waist-deep in the ocean—a tidal wave at his back—and reached towards me—the gamer. I like him because he’s a progressive character that grows with his experiences, but he’s also very flawed and knows it too. His journey to redemption is one of the coolest plots in the Kingdom Hearts storyline.

I chose to cosplay Riku in his Org. XIII coat (known by the fans as Deep Dive Riku, because of the cutscene where this appearance was first introduced). I love this costume because it’s a very closed costume. It’s dark and mysterious and almost effacing because of the blindfold. I think, perhaps more than any other outfit, this one best symbolizes Riku as a character. It embodies his silence, his grave emotions, even his blindness, as he staggers between the light of his friends and the darkness of Ansem that lies buried in his heart. 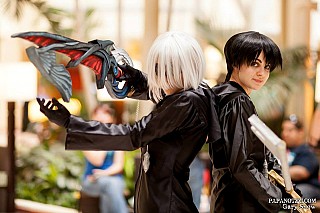 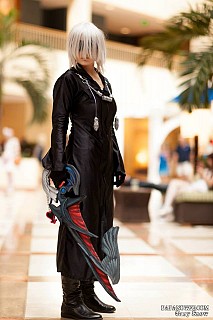 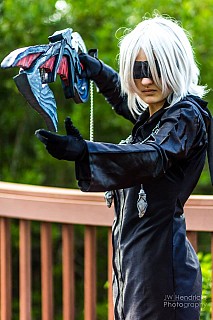 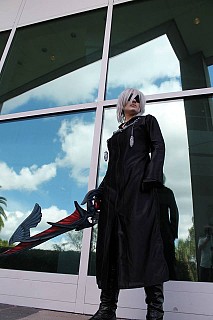 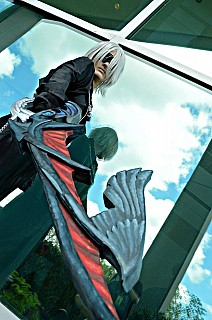