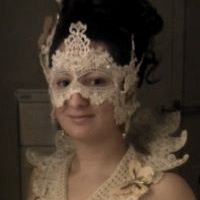 Ok, so both of these costumes were put together in a week, while working a full time job. I had to have helpers around to glue fabric, flowers, etc.

I couldn't find the wings online so I had to make them. I used the Season 3 poster from San Diego ComicCon for the color reference for the wings, which is why they look so much brighter than the wings on the show. I like the way the brighter colors looked in the photoshoot, though they're not screen-accurate.

I also didn't have time to make the crossbar support so they collapsed in on themselves a bit.

There are pictures of us on the internet with Felicia Day and Sandeep Parikh, but that version of the costumes was horrendous. We had literally 5 minutes to get dressed, so we couldn't do hair and makeup, and I actually left my shirt at home so I had to remake one the Sunday morning of the con by cutting up a skirt I had brought with for another costume (it was red but too dark) and picking flowers off the remaining piece to glue onto the new shirt. What a nightmare that was! And unfortunately that was the version that got shown to Felicia and Sandeep. But thankfully we got to do a proper photoshoot and get some better pictures later on.

Hair and makeup by Jennifer Powell-Pincelli. Photography by Paul Palfreyman. 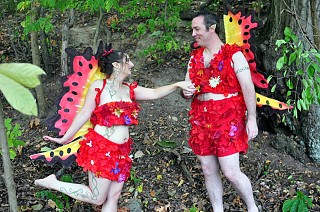 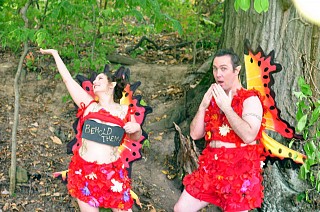 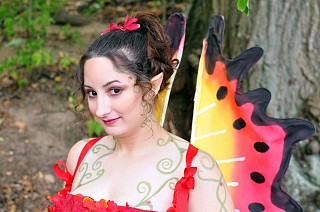 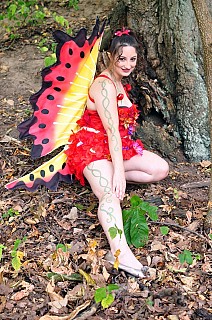 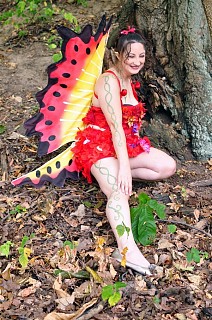 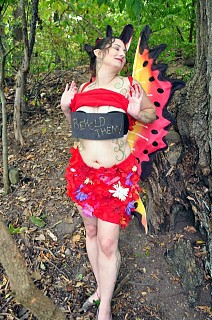 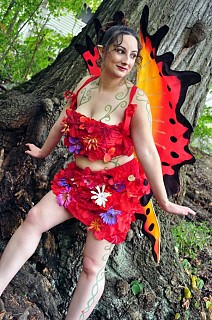 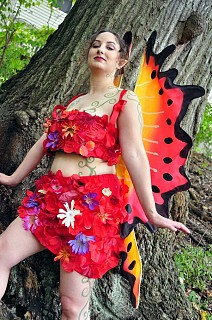 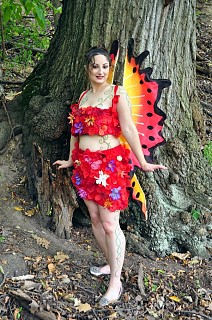 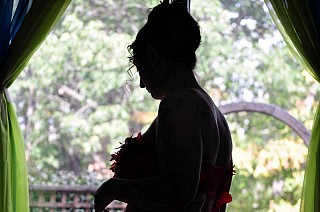 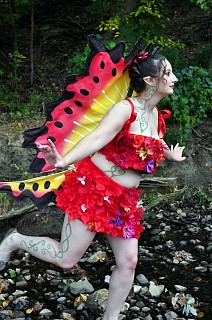 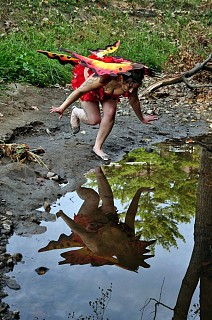 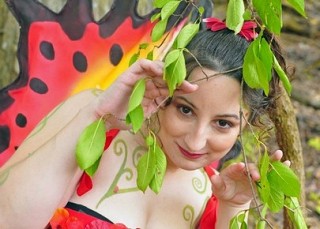 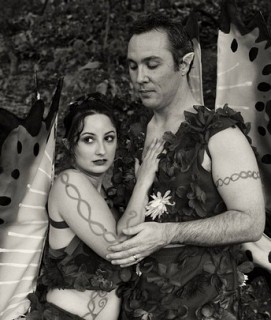 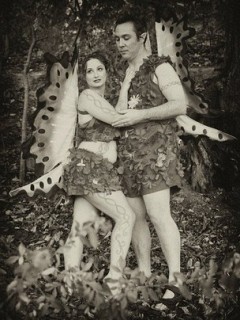 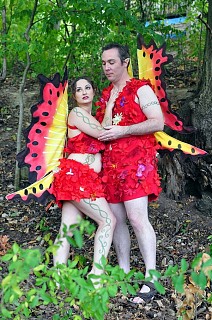 Laerai Oh my goodness, this is completely awesome, and you look great!

linksliltri4ce If you're still looking for the exact wings, this girl who posted a picture of herself on LoN's facebook page found the wings online - I just got my pair - they're very nice and it didn't take too long for shipping. http://anniescostumes.com/fantasy.htm "Woodland Fairy Wings about 3/4 of the way down, then I cut off the little embellishments on the extremities. Took me forever to hunt down the exact wings, but this is them! Exact shape and pattern :) "