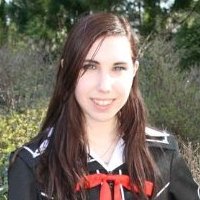 So, my friend told me she was really into this manga called D.Gray Man and that she really wanted to cosplay a character named Road. She told me that I should find a character to cosplay from the same series so that we could cosplay together. So I pulled up a couple images from google and ended up choosing the guy with spiky red hair. XD (Little did I know that when I actually started reading the series, Lavi would turn out to be my favorite character. )
So I set off sewing and ended up finishing it in a rush job the night before the convention. I felt pretty bad wandering into the convention without the rose cross or an awesome hammer but, in some miracle, when I walked into the dealers room a shinny rose cross was sitting among the merchandise. That night I stayed up until three thirty in the morning cutting, gluing and spray painting a last minute prop so I would have something to pose with on day two and three of the con. And I ended up being a hit! I even had a few fan girl stalkers around.
I’ve still got some things I would like to fix up a bit and a couple parts I would like to re-sew, but all in all this costume served me well for Kei-Kon 09, and I’m looking forward to my next chance at wearing it! 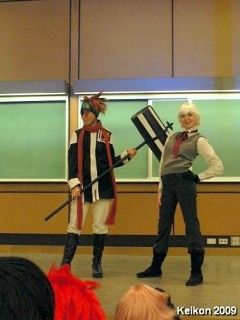 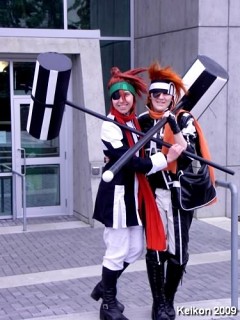 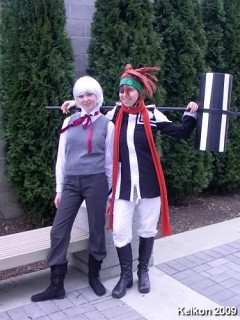 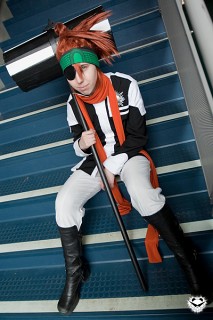 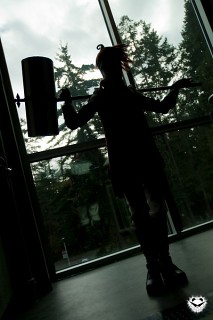